T.Mac Howard grew up in Rankin County, Mississippi, and attended Mississippi State University. Fueled by his strong faith, Howard made his way to New Orleans after his sophomore year to participate in a summer internship with Desire Street Ministries.

Mo Leverett was executive directive and storied University of Florida and New Orleans Saints football player Danny Wuerffel was fundraiser for the organization at the time. Today, Wuerffel is executive director of Desire Street Ministries, which, according to its mission, seeks to “love our neighbor by revitalizing impoverished neighborhoods through spiritual and community development.” 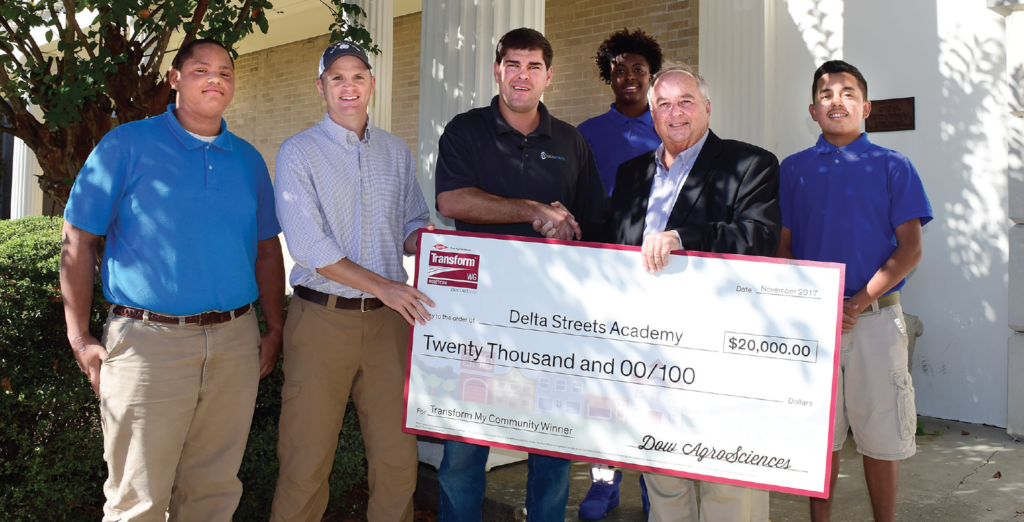 Delta Streets Founded
In 2008, Howard moved to Leflore County, Mississippi, where he taught math at Greenwood High School. He soon realized many of the students needed leadership, support and mentoring that extended beyond normal school hours. Thus, Delta Streets Ministries was established to provide an after-school and summer program for young men living in at-risk neighborhoods. Although the effort was helpful, Howard saw the need for a more long-term, all-encompassing commitment. And with the help of other like-minded individuals and the First Baptist Church, Delta Streets Academy was established in 2012 with an enrollment of 14 students in seventh and eighth grade classes. Today, the school serves 60 young men, including two seniors who will be heading to Mississippi State University next fall. 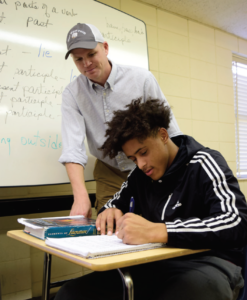 The First Baptist Church in Greenwood donates part of its facility, including the kitchen for lunches, to house the school. DSA also owns the former Delta Chevrolet building in which it conducts vocational classes, and an athletic facility across the street complete with weights and locker rooms for physical activities.

Dow AgroSciences Makes Donation
Although DSA has made substantial progress and is accredited by the Mississippi Association of Independent Schools, it is privately funded and faces ongoing financial challenges to stay in operation.

“The growth of Delta Streets Academy has outpaced its funding,” says cotton producer Gary Dyksterhouse, Due West Farm, Leflore County, Mississippi. “Tuition cost, which is $75 per month per student, doesn’t even cover 10 percent of the actual cost of educating each young man.

“I entered the Transform My Community Contest, sponsored by Dow AgroSciences and Cotton Farming magazine, with the hope of helping the school fulfill its goal of combating the threat of hopelessness that is born out of poor education and lack of opportunity. As the $20,000 grand prize winner, I would like to thank Dow AgroSciences for its generous donation to this cause.”

Transform WG Helps Cotton Thrive
The Transform My Community Contest was open to farmers and consultants in Alabama, Arkansas, Arizona, Louisiana, Missouri, Mississippi, Tennessee and Texas. Participants submitted a short essay about how their community organization could be transformed with a $20,000 donation from Dow AgroSciences. Entries were judged on compelling need, creativity and tie-in to the Transform WG insecticide theme.

“Our goal for Transform My Community is to positively impact our cotton farming communities,” says Mike Fox, insecticides product manager for Dow AgroSciences. “We are continually impressed by the heartfelt submissions we receive from farmers and consultants desiring to do more for their communities.

In his winning essay, Dyksterhouse says, “Delta Streets Academy is having great success, and it needs Dow AgroSciences’ funding to help the students continue to reach their full potential. In that same light, Due West Farm needs Transform WG insecticide to combat the overwhelming threat of plant bug infestation.

“Last year, our farm ran a Miss-issippi State University plant bug test plot in which the cotton was not sprayed for plant bugs after a certain date. The test plot yielded 700 pounds per acre less than our average yield across 2,561 acres.”

“Perhaps the most important facet of Transform is that it works,” he says. “We are thankful to have this insecticide as we aim to help our cotton reach its full potential.”

‘To Help Mold And Equip’
Howard, Delta Streets Academy head of school and executive director, says, “We are beyond ecstatic about the $20,000 TMC grand prize money Dow AgroSciences has donated to our school. This donation will allow our dedicated staff to continue to help mold and equip the young men who walk through our doors daily. We are humbled that Dow AgroSciences saw DSA as a worthy cause.”

Brandon Lewis, who is in the 10th grade at Delta Streets Academy, has dreams just as many other kids his age do.

“Academics are very important and will help me get through college,” he says. “Long term, my dream after finishing college is to be a farmer. Delta Streets is helping me academically and requires a higher standard than any other school I have attended.”

Walter Cronkite once said, “I can’t imagine a person becoming a success who doesn’t give this game of life everything he’s got.”

To accomplish this task, one must be well prepared. And for young men like Brandon Lewis who want to give 100 percent to pursue their dreams, Delta Streets Academy stands ready to give them that chance.