Home » Special Report » Why Does The Media Cover Agriculture?

Why Does The Media Cover Agriculture? 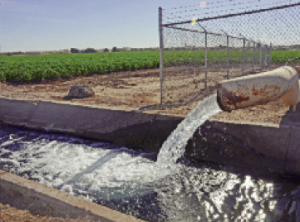 Stories about the California drought and its impact on the state’s agriculture generated global media inquiries.

As people have become more interested in the sources of their food, they have also shown interest about the people who produce it. That was the concept behind a seminar recently conducted in San Francisco titled Journalism: The Agriculture Beat Resurgence. Hosted by the Commonwealth Club, the event featured three Bay Area-based reporters and editors who write about agriculture for regional or nationwide audiences.

The discussion provided insight into how the reporters view their work and into the overall interest in agricultural reporting itself. The seminar attracted a nearly full-house audience of about 80 people on a Wednesday night.

It also underlined the continuing importance of Farm Bureau’s efforts to reach out to members, reporters and the general audience through all forms of media. The moderator of the panel discussion, KQED Radio reporter and anchor Rachael Myrow, described covering the agriculture beat as „the intersection between fashion, health and politics.”

The panelists agreed, noting how agricultural news can be classified as a business story, an environmental story or a cultural story. Every story is an agricultural story, says Andy Wright, deputy editor of Modern Farmer, which produces a quarterly publication and daily website updates aimed at an audience she described as young, urban and aspirational.

Story Ideas Are Essential
Where do they find story ideas? The reporters say they talk to farmers at farmers markets, talk to chefs, scan trade publications and websites, and listen to story pitches from farmers and people in the food business.

Farmers are getting a lot more media savvy, Wright says.They’re on Facebook and Twitter. They understand the importance of connecting.

Naomi Starkman of Civil Eats – a Web-based news service that says it aims to shift the conversation around sustainable agriculture in an effort to build economically and socially just communities – called social-media tools “essential” to promoting stories. She encouraged farmers to hire someone on their staff who does social media and other outreach as a part of their job.

Myrow notes that much of the current reporting on agriculture focuses on small, niche farms.

Are too many publications chasing the foodies instead of informing the general public about their food? she asks.

As the event’s organizers point out, the agriculture beat was once a key area of coverage for large media outlets but, as the staffs of mainstream media outlets have shrunk, agricultural reporting has been dispersed among writers who regularly handle business stories, environmental stories or general-assignment reporting.

Readers Are Interested
Still, there’s significant interest in stories about farming and food among both the general media and the specialty publications, websites, blogs and other outlets that have proliferated in the last few years.

We’ve seen that occur here regularly at the California Farm Bureau, where we respond to more than 450 news media inquiries each year.

During 2014, driven by interest in the impact of drought on farmers and ranchers, we have spoken with reporters from throughout California and the nation, as well as to media outlets from Canada, Germany, Switzerland, France, Japan, Singapore and Australia.

For Farm Bureau, communicating with members and the non-farm audience has always been a core function, using all forms of media. That’s why, for example, stories from Ag Alert appear not only in the newspaper, but online and as Facebook posts and tweets, as well.

Dave Kranz is editor of Ag Alert and manages the California Farm Bureau Federation Communications/News Division. He is based in the CFBF main office in Sacramento, Calif. Contact him at dkranz@cfbf.com.