Before members of Congress left Washington for the political conventions and August recess, the House of Representatives passed a 2017 appropriations bill that included California drought-relief provisions.

California Farm Bureau Federation President Paul Wenger says passage of the appropriations legislation by the House represents an important step toward addressing problems that limit the flexibility of the California water system.
By a vote of 231-196, the House passed the 2017 Interior appropriations bill, HR 5538, including the California-related water provisions.

The inclusion of the provisions on water could help set the stage for negotiations with the U.S. Senate this fall, says Erin Huston, CFBF federal policy consultant. 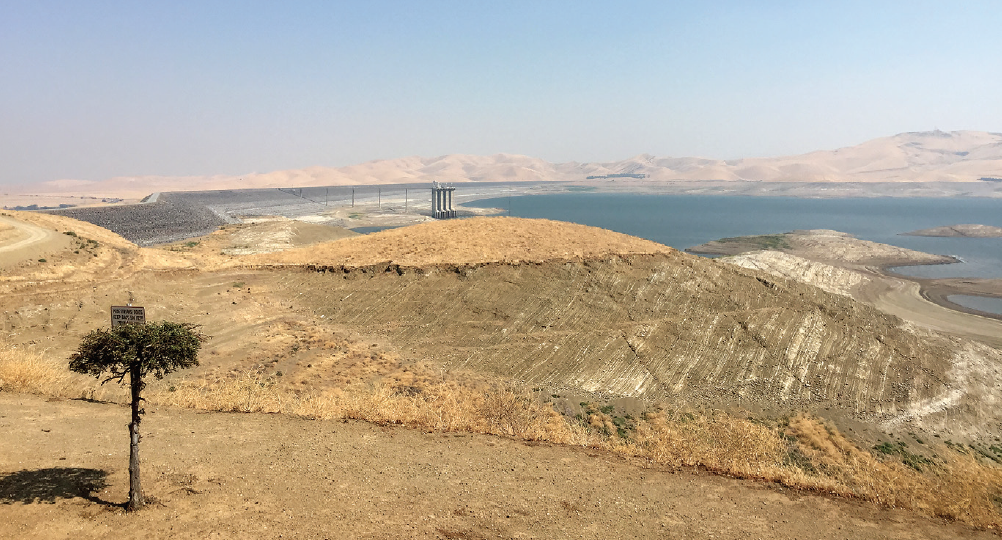 San Luis Reservoir in Central California holds only about 10 percent of its capacity, the lowest level in 25 years. San Luis, which operators describe as the largest off-stream reservoir in the nation, collects water used by both federal and state water projects in California.

“This is the first time the House has passed an Interior bill since 2009, which can be seen as a milestone in itself,” Huston says. “This bill provides a potential path for desperately needed federal drought legislation. We are still working under a very limited calendar, but we will continue to urge a federal legislative solution.”

HR 5538 provides $32.1 billion in total discretionary budget authority for the Department of the Interior, the Environmental Protection Agency and related agencies for fiscal year 2017. This represents a decrease of $64 million from the 2016 enacted level and $1 billion below the administration’s request.

Drought Legislation
Drought-relief provisions in the bill were added during full committee markup by Rep. David Valadao, R-Hanford, Calif. The drought provisions stem from Valadao’s HR 2898, the Western Water and American Food Security Act, which would require federal agencies to “use current and reliable data” when making regulatory decisions and give federal regulators flexibility to capture more water during wet years.

“This vote marks the third appropriations bill that has included solutions to California’s water crisis,” Valadao says, adding that he would “continue to pursue every single legislative avenue available until my constituents have the water they so desperately need.”

Certain elements of Valadao’s drought legislation were included in the appropriations bill, such as provisions for pumping water, long-term water storage, protections for water rights holders, federal water purchases and promoting conservation fish hatcheries for delta smelt. To increase the chances for passage, Valadao’s drought bill has also been added to House energy legislation. “An energy conference is looking more probable but still faces the challenge of a limited legislative calendar, as we are now into time away from Washington, D.C., for political conventions and summer recess,” Huston adds.

Other Elements Of The Bill
The Interior appropriations bill also includes $480 million to fully fund Payments in Lieu of Taxes. PILT provides funds to local communities with federal land to help offset losses in property taxes and $3.9 billion for the Department of the Interior and Forest Service to prevent and combat wildfires.

In addition, the legislation contains policy provisions intended to stop federal regulatory overreach that harms U.S. agriculture, including provisions of the Clean Water Act and the Endangered Species Act. The White House has indicated the president will veto the appropriations bill in its current form.

“I think the question is whether they can attach it to something that the president just can’t veto,” Huston says. “All of this is still very much in ‘we will see’ mode.”

Christine Souza (csouza@cfbf.com) is an assistant editor of Ag Alert – the weekly newspaper of the California Farm Bureau Federation.