It seems that fall armyworms have gotten a running start in recent years. This species does not overwinter in Tennessee, but it may survive warm winters in the extreme southern areas of coastal states during mild winters. It migrates into Tennessee each year. 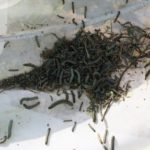 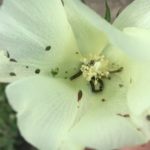 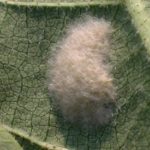 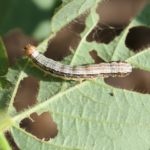 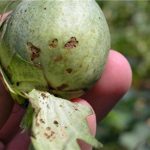 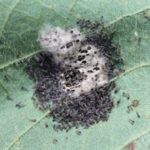 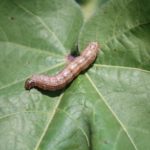 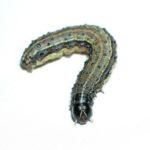 Often, fall armyworms don’t show in substantial numbers until late July or August. However, they are being found further north than usual for this time of year. What does this mean?

• Fall armyworms feed on a lot of different hosts. Regularly scout pastures, especially Bermudagrass, as the season progresses. Multiple insecticide applications are sometimes needed during the summer months. In years where infestation begin early, consider applying insecticides like Prevathon, Besiege, Intrepid which provide a longer residual control than pyrethroids. It may be worth the extra cost.

• Weedy grasses can serve as a nursery from fall armyworms. We had experiences where herbicide applications push armyworms off weedy grasses onto soybean, occasionally in devastating numbers. This has become less of a problem because proactive weed management has become so important. Scout grassy fields for armyworms before making herbicide applications to late planted soybean. Infestation in soybean sometimes spread from grassy edges, so make sure you take a good, representative sample of a field before making a treatment decision.

• Late planted corn and sorghum are favorite targets. Larvae feed in the whorls and later on the grain. Several Bt corn traits provide excellent control, but others are less effective. In Tennessee, insecticide treatment is rarely needed in corn unless it is late planted. There is so little grain sorghum that I won’t waste much time talking about it, but fall armyworm is a more common problem in it (partly because there are no Bt traits and also because sorghum is typically later planted than corn).

• Feeding on the blooms and bolls of cotton is often commonly observed. WideStrike and WideStrike 3 should provide good control, whereas Bollgard 2 varieties may require treatment (often during late July and August).
Insecticide efficacy varies considerably among crops. They are typically easier to control in Bermudagrass and soybean than in cotton, corn, or sorghum. Refer to the 2017 Insect Control Recommendations for Field Crops for suggested treatment thresholds and insecticide options.

In the corn section (p. 30), you can check out how well the different Bt corn traits should hold up to fall armyworm infestations. Most the newer trait packages are pretty darn good, and Herculex also works pretty well.

We often tell people they can tell fall armyworm larva from bollworm (corn earworm) and other caterpillars by the light-colored “inverted Y” on their dark head capsule (see example photos). However, their head and body are usually lighter colored when on grasses (or if they move from grasses onto soybean).

Hopefully the photogallery below will help. Moths lay a pretty good-sized egg mass that often contains 100 or more eggs. The larvae spread out after hatching, but you will still see “clumps” of injury in corn or sorghum whorls. If you are finding multiple small larvae in cotton flowers, that is often a sign of fall armyworm.