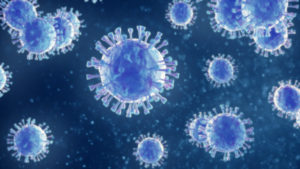 Rice prices continued to grow slowly, while the shadow of COVID-19 continued to loom darkly over the world’s cotton industry, according to a report Monday by agricultural economists with the University of Arkansas System Division of Agriculture.

The report, published online at https://bit.ly/AR-Ag-Eco-Impacts2020, was produced by Scott Stiles, Extension economist; Brad Watkins, professor; Bob Stark, professor based at the University of Arkansas-Monticello, and Alvaro Durand-Morat, assistant professor; all with the department of agricultural economics and agribusiness.

In addition to COVID-19’s impact on the global markets, Arkansas’ crop producers have two other worries. The first includes the extended periods of wet conditions and waves of severe weather that have damaged farms and shut power down to large swaths of the state for days at a time. The second is the lingering fear that the disease caused by the coronavirus will affect the health and availability of on-farm labor.

“The next issue I see potentially coming up are issues associated with workers becoming ill and not having the manpower,” said Jarrod Hardke, Extension rice agronomist for the Division of Agriculture. “Most do not have sufficient crews to withstand loss of personnel, but if more cases begin increasing in the farming community these operations are going to be extremely burdened getting fields prepared and planted.

“I’m starting to encourage growers to make their ‘what if’ plans for these scenarios.”

Rice prices in the United States remain strong with cash paddy prices ranging from $14.25-$15 per hundredweight. New crop future prices increased slightly by 0.5% and closed at $12.11 the week of April 13. Thai 5% broken long-grain rice was quoted at $572 per ton the week of April 13, running at least $100 above competing Asian countries. In India and Pakistan, COVID-19 is putting a drag on the countries’ export capacity.

Corn futures were down 2% last week. Arkansas cash corn price bottomed on Wednesday at $3.27 per bushel before rising to a closing statewide average of $3.32 on Friday, April 17.

Soybean futures prices were down 2.8% last week, closing at $8.51 per bushel for the week of April 17. Despite a midweek recovery before Easter, prices slid to an $8.30 closing average on April 17.

“Cotton prices remain under pressure as the U.S. Department of Agriculture projects global cotton consumption to fall to a six-year low and world ending stocks to reach five-year highs,” Siles said. In its April supply and demand estimates, USDA expects the U.S. 2019/20 season-average farm price to be 59 cents per pound.

“Over the past four weeks, applications in the U.S. for unemployment benefits have swelled to more than 22 million people,” he said. “This likely translates into a massive drop in textile and apparel sales and a significant impact on the global textile sector overall.

“Anecdotal evidence in recent weeks indicates that growers are still evaluating planting decisions and, in some instances, reducing cotton acreage.”

Alternative corn and soybean crops are seeing prices “at historically low levels”; however, they might offer advantages in terms of lower production costs and less intensive management.

“Further reductions in 2020 cotton acres may lay the foundation for a modest price recovery later in the 2020/21 marketing year,” Stiles said.

Mary Hightower is University of Arkansas Division of Agriculture communications director. She may be reached at mhightower@uaex.edu.