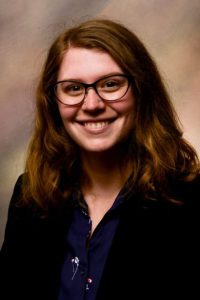 A federal appeals court ruling that prompted the Environmental Protection Agency’s cancellation of three dicamba-based herbicides has not only drawn new attention, but also is raising questions about use of existing stock.

The National Agricultural Law Center will host a webinar June 24 to discuss these issues and what could happen next. Those interested in the webinar can register here: https://bit.ly/30JNiwr.

The hour-long webinar is scheduled for noon EDT/11 a.m. CDT.

The Ninth U.S. Circuit Court of Appeals issued an opinion June 3 concluding that the 2018 registrations of three dicamba herbicides violated the Federal Insecticide, Fungicide and Rodenticide Act, or FIFRA.

“Although the EPA’s cancellation order answers certain questions about the use of existing stock, it raises issues of its own,” said Brigit Rollins, staff attorney for the National Agricultural Law Center and presenter for the webinar. “For instance, there is some confusion around where the line is drawn between a commercial applicator and a distributor. There are also questions about the period of time between when the 9th Circuit decision was issued and when EPA released the cancellation order.”

On the heels of the Ninth Circuit decision, the EPA issued a cancellation order on registrations of the herbicides, effective June 3. This order required the sale and distribution of these herbicides to cease, but allowed use of existing stocks until July 31.

In a response to this, the plaintiffs have filed a motion seeking to overturn the cancellation order. The EPA responded to this motion defending the decision to allow producers to use existing stock through July.

In the meantime, manufacturers of two herbicides affected by the Ninth Circuit’s decision have moved to intervene in the case. They are BASF, which markets Engenia, and Corteva, which has FeXapan Plus Vapor Grip. Monsanto, the company that manufactures the third pesticide and has subsequently been acquired by Bayer, is already a defendant-intervener. Bayer markets XtendiMax with Vapor Grip Technology.

Moving forward, there are still many factors at play. The EPA’s registration of dicamba expires in December, and it is unclear what the Ninth Circuit’s decision could mean for reregistration. It also is unclear what impact this decision could have on similar litigation, such as NRDC v. Wheeler, the case concerning Enlist Duo, an herbicide combining 2,4-D and glyphosate.

For more background on the dicamba cases, visit https://bit.ly/2YH6zvE.