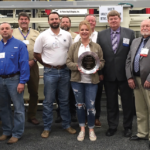 Texas Cotton Ginners’ Association Annual Meeting And Trade Show Set For April 2-3 In Lubbock BY TONY WILLIAMS TCGA Executive Vice President Last year’s Texas cotton crop had great potential. However, after adverse weather conditions, it fell off quite a bit in some areas. Despite these setbacks, projected cotton acres in Texas only dropped slightly for 2020. Our farmers want ... END_OF_DOCUMENT_TOKEN_TO_BE_REPLACED

Building For The Future 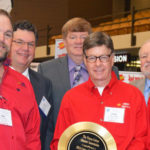 Texas Cotton Ginners’ Association Annual Meeting And Trade Show Set For April 4-5 in Lubbock. We have seen significant growth in Texas cotton production the past several years that has contributed to the building of several new gins and the expansion of existing gin plants. I believe this growth and increased ginning capacity means Texas will be a major player ... END_OF_DOCUMENT_TOKEN_TO_BE_REPLACED 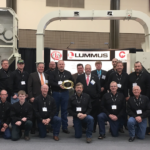 Texas Cotton Ginners’ Association Annual Meeting And Trade Show Set For April 5-6 In Lubbock BY TONY WILLIAMS TCGA EXECUTIVE VICE PRESIDENT Despite challenges in 2017 from Hurricane Harvey and an early freeze in West Texas, the mindset among cotton farmers and ginners heading into this season is positive overall. The 2017 crop is projected to be the largest ever ... END_OF_DOCUMENT_TOKEN_TO_BE_REPLACED

Texas Farmers And Ginners Have High Hopes For the 2016 Season 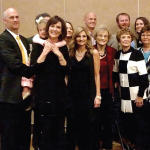 After a prolonged drought, rain finally fell in Texas. The much-needed water boosted the spirits of farmers and ginners, which was evident at the 109th Texas Cotton Ginners’ Association Annual Meeting and Trade Show. Attendees were upbeat and ready to learn more about the products and services being offered by numerous companies gathered at the Lubbock Memorial Civic Center. Tony Williams, TCGA executive vice president, says he received positive feedback during the show regarding the upcoming season. “Promising soil moisture appears to have generated a good attitude among the attendees who see enormous potential for the 2016 crop,” he says. “After going through a tough drought that began in 2011, conditions in 2016 are much improved. The South Texas crop is planted, and West Texas received timely rains to start the season. We have heard predictions that 5.5 million acres of cotton will be planted in the state this year. The general consensus is, ‘If we can’t get price, we can get yields.’” From the ginners’ perspective, Williams says farmers need to “bring bales to the gin.” Although the economic environment is tough, there is hope and good potential for that to happen in 2016. END_OF_DOCUMENT_TOKEN_TO_BE_REPLACED

Ginner of the Year: Barry Street

Barry Street grew up on a cotton farm in Kress, Texas, 60 miles north of Lubbock. In 1979, he and his wife, SuDe, graduated from Texas Tech University and decided to return to the family operation. Little did they know at the time that less than 10 years later, they would purchase a local, independent gin. Street was hesi­tant at ... END_OF_DOCUMENT_TOKEN_TO_BE_REPLACED 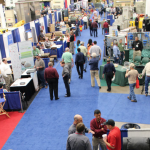 Cotton Farming wishes to thank these companies for buying ads in the TCGA Program. Their support benefits the TCGA/Texas Tech Scholarship Program. Scroll below for more photos from TCGA 2015. 2015 TCGA Photos END_OF_DOCUMENT_TOKEN_TO_BE_REPLACED

‘Full Speed Ahead’ For TCGA This Year 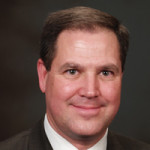 The Texas Cotton Ginners’ Association extends to you an invitation to join us at our 108th Annual Meeting and Trade Show in Lubbock, Texas, on April 9-10. Our theme for this year’s event is “Full Speed Ahead” as we move forward in 2015, which is setting up to be a promising year for the Texas cotton industry. Our show is ... END_OF_DOCUMENT_TOKEN_TO_BE_REPLACED