The 2017 cotton-growing season got off to a good start in most of the Mid-South region. Cotton farmers are optimistic about this year’s crop, based largely on December futures contracts average of 70 cents per pound, which is higher than 2016 levels. The optimism reflects an overall 10 percent increase in cotton acres throughout the Cotton Belt from 2016, thanks in large part to an ongoing reduction of China’s cotton stocks. The largest acreage increase is in Mississippi, where nearly 750,000 acres have been planted to cotton, a 27 percent increase from last year.

Production costs remain high, however, which is why it is important for cotton farmers to maximize yields to cover costs and realize a profit. To accomplish this, it is critical for growers to effectively manage yield-robbing insect pests like plant bugs. 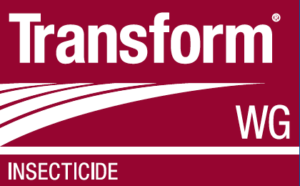 Scout Early And Often
Growers need to be diligent in scouting for yield-robbing cotton pests. No one can predict plant bug pressure from one year to the next, but farmers can effectively prepare to manage this devastating pest with diligent and frequent scouting. Starting in early June and continuing through mid-July, farmers should be on the lookout for the presence of plant bugs. Cotton is most susceptible to plant bug injury during the early squaring period. Scouting is key, using sweep-net sampling and square retention monitoring prior to bloom to determine the level of plant bug infestation. Later in the season, a drop cloth or visual sampling is more commonly done because these techniques are better at detecting nymphs.

The most common damage resulting from plant bug feeding includes shedding of squares and small bolls during fruiting season. Cotton yield losses can be more than 50 percent of the yield potential if plant bug presence is abundant and left uncontrolled.

Transform® WG insecticide has received a special Section 18 Specific Emergency Exemption in several cotton-producing states for 2017. Field trials conducted by Dow AgroSciences over the past eight years have demonstrated that back-to-back applications of Transform at a rate of 1.5 oz/A at or near first bloom provide a yield advantage 84 percent of the time compared with other plant bug products. Transform can help extend the effectiveness of organophosphates, neonicotinoids and synthetic pyrethroids. Effective at low use rates, Transform has minimal impact on beneficial insects, including lacewings and lady beetles, which provide natural control of spider mites and aphids.
Back-to-back applications of Transform have become an important control option over the past several years. Transform also fits well into IPM programs to address increasing resistance resulting from repeated use of the same products and chemistries.