Be On The Lookout

Rows of young cotton not only are a beautiful sight to behold but also an attractive buffet for insect pests in search of a tasty bite. Entomologists in the Southeast, Mid-South and Texas have issued a be-on-the-lookout advisory for the usual suspects in cotton country.

“The thrips forecasting tool developed by North Carolina State University uses a lot of data from Southeastern cooperators that will help farmers identify risk from thrips injury going into June,” Greene says. “If you plug in different coordinates for South Carolina, the tool shows the southern half of the Coastal Plain where we grow most of our cotton is in the safe zone. Further north in the Pee Dee region of the state, risk from thrips injury is still possible, but declines with each passing day.

“Although we have squaring cotton in June, we typically don’t have problems with plant bugs in the Carolinas. However, in the past several years, plant bugs have become more prevalent in large, commercial fields in some areas of North Carolina. It’s purely speculation whether plant bug pressure is related to field size, but we don’t seem to have this issue in fragmented fields surrounded by woods and alternate hosts.”

If plant bugs are present, Greene advises farmers to look at square retention to make sure at least 80 percent of the early square positions are staying in place. In drought-stressed cotton, he cautions growers to be cognizant of aphids this time of year and spider mites in late June and after.

The Stage Is Set
Before this year’s crops were even planted, Mississippi entomologists conducted extensive surveys looking for insect populations on alternate hosts.

“High numbers of these pests outside the field doesn’t always correlate to what will go on inside the field, but the stage is set. We know they are there, and farmers need to be particularly mindful of migrating plant bugs coming out of wild host plants.”

Whether you are getting back into cotton or increasing your existing acres, Catchot says the best defense to avoid pest problems is to put footprints in the field.

“Hire a good consultant who can inspect your fields on a weekly or biweekly basis,” he says.

Focus On Fleahoppers
In Texas, fleahopper is the key pest to look out for in June.

“I have already seen some fairly decent fleahopper populations even in pre-squaring cotton,” says Texas A&M entomologist David Kerns. “Some farmers are already treating for them where squares are set.”

With good winter precipitation and high temperatures, fleahopper populations can build up on wild hosts. And during a fairly dry spring, wild hosts tend to diminish, causing fleahoppers to move into cotton, he says.

This pest is in the same insect family as plant bugs but is much smaller. Fleahoppers remove squares from the cotton plant and typically are problematic until the first week of bloom.

“Foliar applications of Bidrin, neonicotinoids and acephate are commonly used to control them,” Kerns says.
In the Mid-South, fleahoppers typically stick to wild hosts although farmers in the Louisiana Red River Valley treat for them fairly consistently. Fleahoppers will appear in this area, all through Texas, and into New Mexico and eastern Arizona, he says.

“And dryland cotton is more sensitive to fleahopper injury,” Kerns says. “If you have irrigation or a lot of moisture and good growing conditions, the cotton can sometimes make up for early fruit loss. If the plant is not getting the moisture it needs, it’s not able to do this. I always tell growers to be more aggressive in controlling fleahoppers on dryland cotton than they normally have to be on irrigated.”

‘A Pretty Buggy Year’
Kerns says tarnished plant bugs may be problematic during June in the Rio Grande Valley, along the Texas Gulf Coast and occasionally in Central Texas. A different species — the Western tarnished plant bug — may appear in West Texas where alfalfa is grown and in the High Plains.

“Although they are not necessarily June cotton pests, we also are seeing large stink bug, bollworm and fall armyworm populations in corn in some areas,” Kerns says. “Farmers need to be cognizant of the risk potential of these pests later on. We did have a mild winter so this could shape up to be a pretty buggy year.” 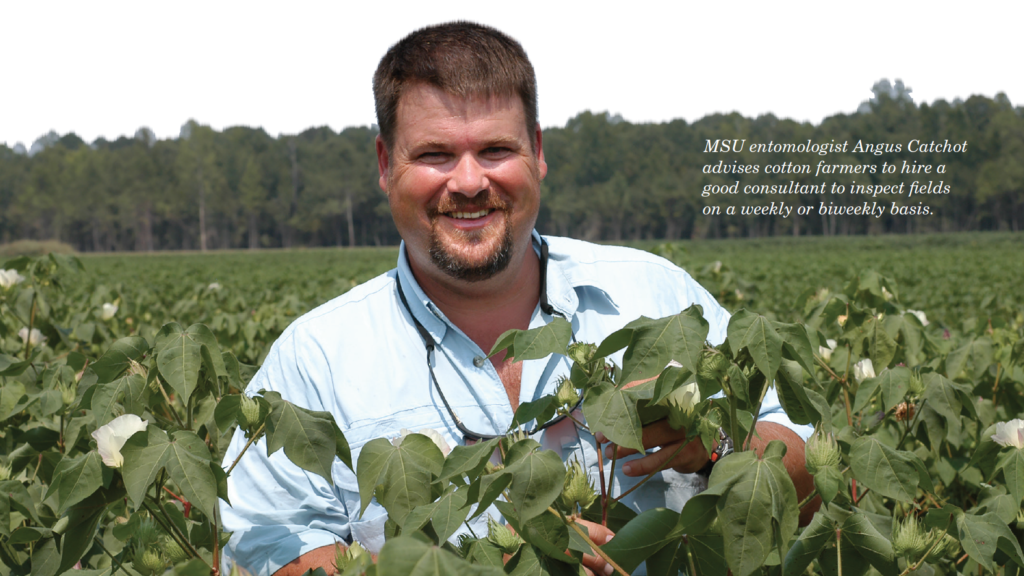