During 2015, the National Cotton Council worked diligently to encourage the implementation of sound farm programs while managing numerous trade and regulatory issues that threaten to undermine industry competitiveness.

What about the farm law and trade matters?

The NCC helped convince policy makers to implement the 2014 farm law’s insurance provisions beginning with the 2015 crop. We worked closely with USDA’s Risk Management Agency (RMA) to improve the Stacked Income Protection Plan (STAX) provisions for the 2016 crop year. Based on those discussions, RMA recently announced several key STAX modifications for 2016, among them: 1) allowing producers to elect a zero percent coverage range by practice; 2) allowing written agreements that affect insurable acreage to apply to STAX; and 3) making STAX coverage available for cottonseed through an optional endorsement.

NCC staff and industry officials also coordinated with USDA to ensure the marketing loan program would allow cotton redemption from the loan at the adjusted world price to minimize disruption of flow and forfeitures. Equally important was getting USDA to implement a reporting and tracking system so producers and cooperatives could know their status relative to the unified payment limit. 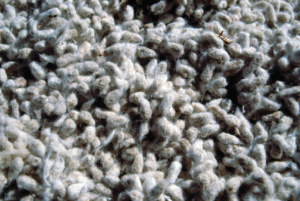 STAX coverage will be available for cottonseed through an optional endorsement in 2016.

The NCC worked on multiple trade concerns. We helped defeat potentially damaging amendments to the cotton and textile industries during Congressional consideration of Trade Promotion Authority. During the Trans Pacific Partnership negotiations, we insisted that a yarn forward rule of origin be required for products granted preferential access to the U.S. market. The NCC also: 1) remained heavily involved in the Turkish anti-dumping investigation; 2) escalated communications with the Administration and congressional leadership to ensure U.S. trade negotiators defended U.S. cotton and not agree to any further concessions in advance of the December 2015 World Trade Organization ministerial; and 3) joined with other agricultural groups in urging President Obama’s continued engagement with China’s President Xi Jinping for policies that promote innovation and trade between the two countries.

What about regulatory issues and promotion activities?

n Efforts continued on a range of regulatory issues from fuel spill prevention to food labeling. One of the most critical ongoing concerns is the EPA/Corps of Engineers “waters of the United States” rule. NCC actions on the rule included:  1) submission of extensive comments to the proposed rule, 2) supporting legislation that would prohibit these agencies from moving forward with that rule and 3) testifying before Congress to emphasize that the proposed rule would require costly federal permits for many essential farming practices. Attention also was given to several other key regulatory matters, such as support of new herbicide-tolerant traits’ registration to help with glyphosate-resistant weed management and weighing in on the U.S. government’s pollinator health protection activities.

Cotton Council International conducted many successful promotional activities this past year such as the biennial Orientation Tour that brought textile executives from 18 countries to network with U.S. cotton merchandizers and to see how our cotton is produced, processed and marketed. A new global advertising campaign, “I Love My Cotton,” also was launched to inspire consumers and further spread U.S. cotton’s benefits to markets worldwide.