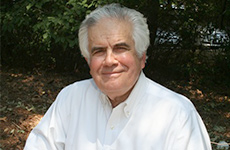 Call me sentimental or predictably nostalgic, but it is always good to see many of my friends moving on to leadership positions in the cotton industry. In fact, that is one of this industry’s strengths. Strong leaders continue to emerge and are helping U.S. cotton survive through some difficult times.

As I was reading about Kevin Brinkley being named the new president and chief executive officer of Plains Cotton Cooperative Association, I couldn’t help but remember those days when we worked together at the National Cotton Council between 1990 and 1998. Kevin was an excellent economist and benefited by working with Economic Services Director Mark Lange for a decade. Then, he and I went our separate ways. I joined Cotton Farming magazine in 1999, and Kevin moved on to The Seam 15 years later. He became an important part of that company’s growth as the world’s first completely online, neutral exchange for cotton trading.

And now comes yet another step in his career that has opened a door.

I find myself remembering the times when it wasn’t always business and economic analysis with Kevin. There were those times on the golf course, racquetball court, basketball court or having lunch at El Porton or Fino’s in midtown Memphis. When you’re playing sports or having lunch, you don’t think of this other person someday becoming the chief executive officer of a major cotton organization. But that’s how it turned out for Kevin, and his friends are unanimous on one point. It’s nice to see a person who connects so easily to every sector of the industry moving on to a fabulous opportunity.

He isn’t the only person I have worked with who has gone on to an important job in the industry. During that same time period at the NCC in the 1990s, I also worked with Jarral Neeper, who later became the president of Calcot, Ltd.; Jess Barr, who served for several years as executive vice president of the Louisiana Cotton and Grain Association; and Doyle Needham, current president of L.P. Brown Company.

I have called on these friends many times through the years when doing stories here at Cotton Farming, and they were always a big help in clarifying complicated industry issues. That is known as mutual trust built on years of friendship.

If I had known that these folks were destined for bigger and better things in the industry, I would certainly have picked up the check more often at lunch – and maybe even given them more strokes on the golf course. Oh well, my intentions were always good.

So, let me be one of the first persons in the ag media to send a message to all members of Plains Cotton Cooperative Association. You have just hired a person who is approachable and can converse with anybody in the cotton industry. Name the topic, and Kevin will give you an honest answer. He also is just as comfortable walking the turnrow with a farmer as he is making a presentation in the company board room.

Also, even though he is a Texas Tech alum, don’t be too hard on him because his three children attended three different Southeastern Conference universities – Auburn, Mississippi State and Tennessee. This is a true Texan who will love returning to his home state.

We will miss Kevin here in Memphis but look forward to seeing him many times on our annual visits to Lubbock.