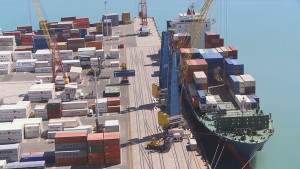 Since the first diagnosis of COVID-19, the spread of the pandemic worldwide has negatively affected global economic growth. According to the latest release by the Organization for Economic Cooperation and Development (OECD), global economic growth will decline by 6% to 7.6% in 2020, depending on whether there is a second wave of infections.

Similar trends are also observed for the U.S. economy. Real gross domestic product (GDP) in the United States decreased at an annual rate of 5% in the first quarter of 2020. The unemployment rate in the United States has reached its highest level since 1929, with a peak of 14.7% in April during the COVID-19 lockdown.

The most recent unemployment rate is at 11.1% in June, indicating that the labor market has improved since the reopening of the economy. However, with the current surge of cases in the United States since reopening and as some of the hardest-hit states begin to pause reopening, it is difficult to predict how long the pandemic’s negative impact on the economy will continue.

As cotton and cotton-related products are discretionary items, COVID-19 has significantly impacted demand for cotton. The greatest decline in consumption has been observed in China and India.

Retail sales in clothing and clothing accessories in the United States experienced an 87% decline in April from the previous year. With the anticipation of a decline in consumers’ consumption of apparel, the recovery of the spinning industry is anticipated to be slow.

Slightly lower production, reduced consumption, and higher beginning and ending stocks are projected for the 2020 cotton crop globally. World cotton production in 2020 is forecast at 118.7 million bales, 3% (4.2 million bales) below the previous year.

U.S. cotton production is projected at 19.5 million bales in 2020, 2% (400,000 bales) below the 2019 crop. However, this number will most likely be adjusted down due to weather-delayed planting in several states and reduced acreage in the U.S. Department of Agriculture’s June acreage report.

The U.S. planted acreage for cotton was forecast at 12.2 million acres, down 11% (1.5 million acres) from last year. Fifteen of the 17 major cotton-producing states have declined in upland planted acres compared with 2019, with the largest decline in Texas.

In Georgia, the planted acres declined to 1.2 million acres from 1.4 million acres in 2019. This decreased acreage nationwide is primarily due to lower prices and provides some opportunity for price recovery.

Yangxuan Liu is a University of Georgia assistant professor of agricultural and applied economics. She may be reached at Yangxuan.Liu@uga.edu.