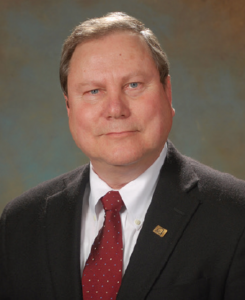 Blakemore is president of Blakemore Cotton & Grain LLC, which has interests in ginning, grain, fertilizer and trucking. An active leader in the U.S. cotton industry, he served as a Cotton Incorporated director, 1992-2002; as president of Cotton Producers of Missouri, 1994-1996; and as president of Southern Cotton Ginners Association in 1999. In 2015, he was elected as a director of the National Cotton Council and currently serves as chairman of the NCC’s Flow Committee.

Kent Fountain, managing partner of Southeastern Gin and Peanut in Surrency, Ga., is the 2016 Horace Hayden National Cotton Ginner of the Year. That award is presented annually to a ginner in recognition of: 1) able, efficient and faithful service to the ginning industry and 2) continuing those principles exemplified and practiced by Horace Hayden, a former NCGA executive secretary. 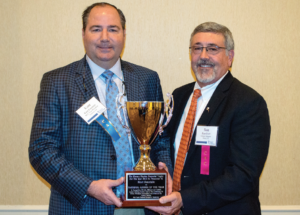 Since coming under Fountain’s direction, Southeastern Gin and Peanut has grown steadily, with recent per-year ginning averages of 70,000-plus bales. A tireless industry leader, Fountain is Southeastern Ginner’s president, has been the long-time chair of its Budget Committee and has chaired its Technology Committee. He is a past president and chairman of the NCGA and has chaired all of its committees. A graduate of the NCC’s Leadership Program, he currently serves as the NCC’s ginner vice president, chairs the NCC’s Cotton Quality Committee, and has served on and continues to serve on numerous other NCC committees.

In addition, Rick Byler, research leader at the USDA Agricultural Research Service’s Cotton Ginning Research Unit at Stoneville, Miss., was recognized as the recipient of NCGA’s 2016-17 Charles C. Owen Distinguished Service Award ­— which honors those who have provided a career of distinguished service to the U.S. ginning industry. 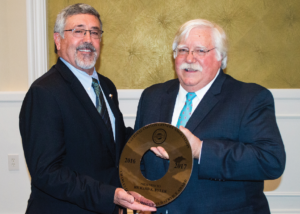 Byler’s extensive research on cotton moisture measurement, transfer and quality effects have had a significant impact on the cotton industry. His expertise in instrumentation and controls was crucial to the development of the gin process control system that was commercialized as Intelligin. He also developed a device to accurately measure moisture content in cotton classing samples.

The NCGA’s Safety and Labor Committee approved recommendations that call for developing materials for helping workers safely handle cotton bales at the gin and gin-owned warehouses. In addition, the NCGA’s current safety videos will be reviewed for content and relevance. All videos can be ordered from the NCGA and will be available on the NCGA’s website at http://www.cotton.org/ncga/request-ncga-media.cfm. A password will be required to access the videos online.

The NCGA’s Cotton Ginning Technology Committee recommended that the NCGA: 1) support current air quality research…that will finish the air quality work at Texas A&M University and complete the cotton gin emissions study and analysis by USDA and Oklahoma State University; 2) facilitate a U.S. cotton industry meeting with EPA to finalize the AP-42 emissions factors for gins; and 3) support funding for the USDA dispersion modeling including the controlled-release study.

Among key ginning industry issues discussed were several regulations either in the pipeline or in the process of being implemented, such as the new reporting rules and overtime rules. There is hope the Trump Administration will seek to undo the more onerous regulations and Congress will use the Congressional Review Act to undo some. The NCGA continues to monitor implementation of all regulations that could affect ginners.

Harrison Ashley, executive vice president of the National Cotton Ginners’ Association, contributed this article. Contact him at (901) 274-9030 or hashley@cotton.org.