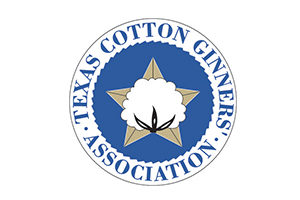 For 12 years, the Texas Cotton Ginners’ Association has provided an opportunity for college students to experience the cotton ginning industry firsthand through its summer intern program. For 2019, three young people are onboard. They were chosen from a roster of eight well-qualified applicants.

Clark is from Azle, Texas, near Fort Worth and will be completing a degree in biological and agricultural engineering in December. He has a good mechanical background and enjoys working on small engines. Clark has worked in several shops and is a skilled fabricator and mechanic. He is working at Oasis Gin Inc. in Seminole and the United Ag Co-op Inc. in El Campo.

Gallagher is from Orange Grove, Texas, near Corpus Christi. He is working to complete his degree in agricultural systems management in May 2020. Gallagher is a trained welder and is familiar with plasma arc cutting. He has also been involved with farming and ranching throughout his childhood and adult life. Gallagher’s summer internship is at Texas Producers Cooperative in Sudan and Amherst and Edcot Co-op Gin in Odem.

Mikeska is from Wingate, Texas, near San Angelo. His parents are Brent and Sherri Mikeska, owners of Wingate Gin in Runnels County. Mikeska has grown up around the gin and is currently working to complete his degree in applied economics at Texas Tech University. He has work experience at Wingate Gin and Runnels Grain Co.

Last summer, he interned for Lummus Corp., where he assisted in constructing and repairing gin machinery throughout Texas, Oklahoma and Kansas. Mikeska has also served as a field technician for Lubbock Electric. This summer, he is working at Lubbock Cotton Growers and Coastal Plains Gin in Mathis.

As the TCGA interns make their way through the summer experience, here is what they have to report.

“So far, my time at the Oasis Gin North plant has been a very busy and excitingly new experience. We have been hard at work recovering from a fire that recently wreaked havoc throughout the entire gin. Unfortunately, the fire rendered much of the gin unusable, and a massive rebuilding process is currently underway.

“I have had the opportunity to be on the front lines of this massive undertaking. I have been assigned to a small crew of gin technicians, and every day we are actively in the gin installing and repairing crucial ginning components.

“One of the first undertakings my crew and I had was to install new cylinders in an inclined cleaner. This proved no easy task as each cylinder is extremely heavy. We had to use a series of chain hoists to maneuver each individual cylinder into its correct position.

“On top of that, the new cylinders did not fit perfectly, and with their bearings mounted still rubbed on the steel around the outside of the shafts. To solve this problem, we had to use a torch to carefully cut away at the steel until the shafts had enough clearance to spin freely without rubbing.

“Another major undertaking my team was tasked with was to recondition the first stage hot shelf dryers of the gin. These shelves are the original ones and were not damaged in the fire, but they did require some reconditioning due to many years of ginning. To accomplish this, we pulled off the front covers and blew out all the debris that had collected over the years.

“Once that was done, we cut a few holes with the torch in the side and welded in some brackets so that a plate could be bolted over the holes we cut. The purpose of this was if a fire were to start within the shelves, gin hands would have easier access to extinguish them.

“Due to all the new fans, burners and cyclones being added to the gin during this re-building process, it was necessary to amend the previous air permit for the gin. With the help of the TCGA’s Kelley Green and the North plants, manager, Jackie Culpepper, I have been hard at work getting all the new and needed information on this equipment gathered so we can apply for the air permit and be ready to go for the upcoming ginning season.

“I have learned a great deal about the ginning industry during my time at Oasis Gin Inc. and have met even more great people. I am forever thankful for the opportunity they have given me and how they have accepted me as one of their own. I will miss all the guys here greatly and plan to stay in touch with them as I continue my future endeavors.

“However, I look forward to heading to El Campo and meeting up with the folks at United Agricultural Cooperative for the second half of my internship. I can’t wait to see what new things they have for me to do and learn!”

“I have been working for Guyle Roberson at Texas Producers Cooperative. Texas Producers has two gins, one in Sudan and the other in Amherst. The first week and a half, I worked alongside Joe — the Sudan superintendent — and his crew as they inspected the burr rack for damages from the previous ginning season and made repairs as necessary.

“We then began installing augers that had been rebalanced into the distributor. Next, I made my way over to the Amherst Gin where Gilbert — the Amherst superintendent — and his crew were beginning to do yearly maintenance on the Lummus gin stands. We discovered that one of the stands needed brand new sawblades and brushes, which we replaced.

“I have also had the great opportunity to work with Guyle one on one. Texas Producers Co-op not only has two gins, but also a gas station, store, auto repair shop and agronomy team. This one-on-one mentorship has helped me understand how each division operates and how a gin manager with a diverse operation makes management and business decisions.

“I have also attended the most recent PYCO Industries, Plains Cotton Cooperative Association and Farmers Cooperative Compress meetings, which has furthered my knowledge about the cotton industry. Finally, Guyle has also shown me the importance of making sure your producers, employees and customers feel appreciated.

“Overall, I have really enjoyed the internship. Never having been in a gin before, I have learned a lot and look forward to learning as much as I can. After this first part of the internship is over, I will move to the EdCot Co-op Gin in Odem, which is run by Sid Brough.

“I would like to thank Guyle Roberson and everyone from Sudan and Amherst for allowing me the opportunity to come and learn from y’all and experience the West Texas lifestyle.”

“I have been working at Lubbock Cotton Growers in Lubbock and have enjoyed my time here at the gin so far, primarily working on repairs throughout the gin. The first day of the job, I met the manager, Jerry Butman. We spent most of the day talking and then traveled to Brownfield to see progress on a gin that was purchased by Lubbock Cotton Growers.

“This gin is currently in progress to be shipped to a buyer in Brazil. After wrapping up the first day, I proceeded to work in the gin. I have been here the majority of my time. We put up a second trash line to the burr house and installed two more cyclones on top of the burr house.

“After this project, we moved to the inside of the gin and repaired the pushers on two presses. After cleaning everything, we changed out the belts and chain and replaced all the bearings on the belt feed before the pusher.

“About halfway through the month, I accompanied Mr. Butman to a PYCO Industries meeting. In July, I traveled to Mathis to work for John Steelhammer at Coastal Plains Gin. I would like to thank Aaron Nelsen and TCGA for giving me this opportunity.”