The Cotton Board Hires Mississippi Native 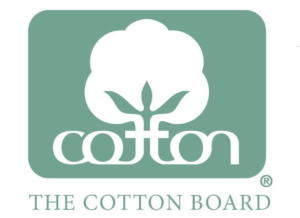 The Cotton Board’s RCMs work to ensure that stakeholders of the Cotton Research and Promotion Program in their respective territories are informed of the activities stemming from the program as conducted by Cotton Incorporated and administered by the Cotton Board.

Before joining the Cotton Board, Miller worked as Syngenta’s AgriEdge Specialist in Louisiana. In that role, he assisted cotton growers with data collection and record keeping software. Miller, a Mississippi-native, obtained his degree from Mississippi State University.

“Having grown up around cotton all my life I’m excited about stepping into my new role as Mid-South RCM for The Cotton Board,” Miller says. “I look forward to working with the cotton producers in my region and giving them insight into the groundbreaking research and promotion being done by the Cotton Research and Promotion Program.”

He passed peacefully on April 16 at the age of 89 at home while under the care of his wife, Linda Starrh.

Starrh was born in Arizona on June 15, 1929, of humble circumstance, the youngest son of a family growing cotton in Pima County near Tucson.

In 1935, his parents, George and Mary, moved to a 30-acre patch of sandy earth near the town of Shafter. Starrh grew up in the shadow of the Depression and the World War II. When his draft card was called during the Korean War, he obliged and was stationed at Fort Lewis, Washington, for two years.

It was while stationed in the Army he met Nancy Johnson, who would be his wife and partner of 54 years, and mother of his four children. Losing Nancy to cancer in 2009 was a tragic moment in Starrh’s life. In 2010, he found joy again with his marriage to Linda Colvard.

During his 68-year farming career, Starrh was heavily involved in the national and local cotton industry in California. He also was active in local agricultural water districts and grower co-operatives.

Starrh was an adviser to the National Cotton Council, president of Cotton Council International and chairman of Cotton Incorporated. He participated in local and state agricultural organizations and received many accolades during his career that are too numerous to list.

Starrh was also appointed to serve on the Cotton Agricultural Trade Advisory Committee and Cotton Marketing Committee by Secretary of Agriculture Ed Madigan during the George H.W. Bush administration, where he advised on the development of the 1990 Farm Bill.

Applications for Section 18s are pending in additional cotton- and sorghum-producing states.

“Transform is a reliable insecticide that offers great control of a yield-limiting pest,” Jones says. “The reliability Transform offers for controlling tarnished plant bug is unparalleled.”

“If we did not have Transform, we would rely more frequently on organophosphates and carbamates mixed with pyrethroids, which flare secondary pests, requiring even further control measures.”

NCC Thanks President For Steps To Advance USMCA Approval

The National Cotton Council commends President Trump and his administration for the recent outcome of negotiations with Mexico and Canada to remove the U.S. Section 232 tariffs and the corresponding retaliatory tariffs.

“While cotton and cotton textile products have not been subject to retaliatory tariffs in these key markets, this action represents one of the necessary and significant steps to create a pathway for congressional approval of the U.S.-Mexico-Canada Agreement this year,” says NCC Chairman Mike Tate. “The cotton industry appreciates the focus by President Trump and the administration to remove the tariffs.”

The Alabama cotton producer says the NCC will continue to help educate members of Congress “on the importance of timely USMCA approval to restore certainty in the North American market, which represents significant export market share for both U.S. cotton and cotton textile products.”

BASF has released three additional Stoneville cottonseed varieties. Each one is tolerant to Liberty, Engenia and glyphosate herbicides and brings three-gene lepidopteran resistance, which decreases the likelihood that an application for worm control will be needed.

Here are the new varieties.

• ST 4480B3XF: This is a new early to mid-maturity variety for farmers in Oklahoma, Kansas, all of West Texas, New Mexico and Arizona. It fits all kinds of acres and has good seed size, storm tolerance and a very good fiber package.

• ST 4990B3XF: This variety has early season vigor and is suited to the eastern Cotton Belt, East and South Texas, the Rolling Plains, Oklahoma, the Southern High Plains, New Mexico and Arizona. It is an adaptable, early to mid-maturity variety, with strong emergence and a good fiber package.

• ST 5610B3XF: This is a medium-full maturing Bollgard 3 XtendFlex variety that will fit non-irrigated and irrigated production areas across the eastern Cotton Belt, East and South Texas, the Rolling Plains, Oklahoma, the Southern High Plains, New Mexico and Arizona. It has a smooth leaf, medium plant height, and offers a high lint percentage and strong emergence.