Celebrating A Century Of Service 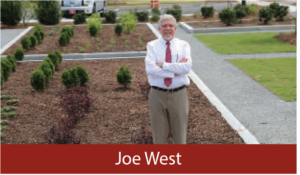 Greetings from the University of Georgia Tifton Campus! We have been celebrating a momentous occasion at UGA Tifton, and I would like to share that event with you. A bill passed by the Georgia General Assembly in August 1918 created the Georgia Coastal Plain Experiment Station, now UGA Tifton. Tifton was selected as the location for the station in May 1919.

On May 3, we held our centennial finale, which included a student research poster competition, a formal ceremony with UGA, the U.S. Department of Agriculture and agricultural leadership and the dedication of a Centennial Garden. The closing event ended with an ice cream social and the best fireworks one could imagine.

The history of the Georgia Coastal Plain Experiment Station is long and storied, and we properly celebrated the achievements and contributions of so many men and women.

During our first 100 years, agriculture underwent a revolution across the board, leading to greater yields for the many crops that we research. The same has been true for cotton — a $901 million crop for Georgia farmers in 2017.

With 5 million acres of cotton in Georgia in 1916, the invasion of the boll weevil devastated the industry. By 1983, there were only 115,000 acres of cotton grown in the state.

Then one of the greatest success stories in agricultural production occurred. The Boll Weevil Eradication Program came to Georgia in 1987, and within five years of implementation, was a success. Today, there are more than 1 million acres of cotton grown here, quite a rebound for an industry almost destroyed by an invasive pest. Prior to the program, up to 15 insecticide sprays were necessary during a growing season. Now only two or three are needed.

These advances did not occur by accident. A Cooperative Extension Cotton Team began in the 1960s, taking the latest information to farmers and county agents. Experiment station scientist Shelby Baker bred new lines of cotton, and entomologist Gary Herzog was instrumental in boll weevil eradication and other insect research.

They stayed the course when times were hard for cotton and established the foundation for modern cotton research and production. Today, the cotton team is alive and well and includes both researchers and Extension specialists. Perhaps the team is as strong as it has ever been.

Just as agriculture has evolved over 100 years, so has the science of agriculture. It has moved from simple selection of desirable plants, basic fertility, and managing pests and pathogens, to where we now use molecular markers, decode the genome of crops, apply advanced chemistries for pests, and employ precision ag technology in production and capture and process big data to make farming decisions.

I have been at UGA Tifton my entire career, first as a scientist and now in leadership. It has been particularly rewarding to serve during the centennial. I watched the campus grow and change and age. Imagine the challenges to maintain a campus approaching its 100th birthday.

We have been fortunate — with the support of agricultural stakeholders and the Georgia General Assembly — to revitalize the campus.

Vacant, but historic, buildings have been renovated, providing space for the growing cadre of new scientists joining our campus and adding classrooms for students in our academic programs. We even recreated a formal garden — a fixture in the early years of the campus but paved over for parking long ago.

Designated the Centennial Garden, it is a beautiful nod to our past as well as a new beginning. It is populated with perennials that are all University of Georgia plant releases.