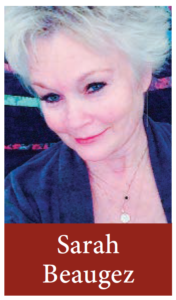 My personal cotton story began on the manmade beaches of Ocean Springs, Mississippi. Four years ago, I knew little about cotton history or its production. That’s when I dove in with zeal to learn all that my mind and my camera could capture. They say, “All roads lead home.” In this case, my cotton journey, titled “Cast Nets & Cotton,” has led around the state of Mississippi, only to return to my own backyard of Jackson County on the Gulf Coast.

The year was 1698. It had been almost 20 years since the Mississippi River had been discovered by Cavelier de La Salle, who had sailed north to south and claimed the entire river basin for France. King Louis XIV had become openly expansionist and commissioned French Canadian explorer Pierre Le Moyne D’Iberville to establish a settlement at the mouth of the Mississippi River. D’Iberville, along with his brother, François Le Moyne de Bienville, and several hundred men, boarded four vessels and sailed from Brest, France, to the northern shores of the Gulf of Mexico.

Unknown to any was that the mouth of the Mississippi had five very sandy deltas, which were unsuitable for any kind of fort. Instead, they anchored two of their frigates, The Badine and The Marin, on Ship Island and rowed 13 miles in two bark canoes to the protected waters of Biloxi Bay. In March 1699, they established Fort Maurepas in present-day Ocean Springs. Along with them, they brought corn and cotton seed. D’Iberville sailed back to France and left 150 men to establish a colony.

In 1700, D’Iberville returned to discover that half of the men had died of disease and starvation due to crop failure. The majority of the men were moved to Fort Saint-Louis on Mobile Bay. However, one of the colonists, Joseph Simone de La Pointe, remained. In 1718, just before Bienville established Fort Rosalie on the Mississippi River at present-day Natchez, Mississippi, La Pointe received a land grant for a large plot on the Pascagoula River.

By 1719, La Pointe was widowed with four surviving children — two sons and two daughters. Upon La Pointe’s death, his property passed to his daughter, Marie Simone de La Pointe, who married a German immigrant, farmer and entrepreneur Hugo Ernestus Krebs. Meanwhile, the population of the Mississippi Gulf Coast was growing. In all probability, the local indigenous tribes of the Pascagoula and Biloxi Indians helped the settlers in their attempts to survive. Fishing was a major food source, and nets were fashioned from natural materials, including moss. That is, until Krebs gained some success with growing cotton.

Prior to processing the fiber with gin, it took a good delinter one day to produce 1 pound of cotton. According to records, Krebs invented a working cotton gin in Jackson County, Mississippi, 25 years before Eli Whitney submitted his patent in 1793. It is also known that there were spinning wheels at the La Pointe–Krebs home (formerly known as Old Spanish Fort).

This spun cotton was used for many things, including textiles and nets for the local fishermen. Cotton scoop nets, crab nets and cast nets were used until the early 1950s when synthetic fibers came into the picture. Cotton nets were very heavy and difficult to maintain. I can remember using cotton crab nets as a little girl, and they always seemed to have a hole in one place or another.

While the Gulf Coast was growing and expanding, Natchez became a burgeoning trading post on the Mississippi River with easy access to New Orleans. Until 1791, the cash crop was tobacco, at which point it became too expensive for the Spanish to purchase. Growers tried indigo, but the crop failed quickly.

Almost simultaneously with the easy replication of Whitney’s gin, cotton was attempted around the Natchez region. Even though census data at the turn of the century reflects that cotton was insignificant to a young America, by 1860, on the eve of the Civil War, the total number of cotton bales produced was 4 million, with 1.25 million produced in Mississippi.

The above portion of cotton production history could seem obsolete until one considers that when the Industrial Revolution began in Great Britain in 1760, 90% of garments were fashioned of wool. However, by 1860, 90% of the garments were made of cotton with a 90% reduction in cost.

Today, there is likely no one on the planet who does not use cotton in some form on a daily basis.