From The Farm To The ‘Bar’ 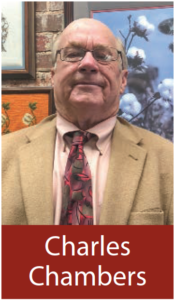 I grew up in the little town of Ropesville, Texas,  population 435,  right in the middle of the “world’s largest contiguous cotton patch.”

My maternal grandfather, Jerry Green, was a gin manager. My paternal grandfather, Wilburn Chambers, was a gin manager and shareholder in an Farm Center Gin and Elevator — an independent cotton gin between Lubbock and Ropesville. Fifty-five years later, I still remember helping my granddad and the head ginner, “Cotton” Kavitch, by running the suction pipe in the overflow bin at the end of the gin stands.

Grandad Wilburn was also a cotton farmer and he, my grandmother, Nadine, and my parents, James and Jerry Beth, bought the 153-acre “Latham” farm in 1961. Sadly, Wilburn drowned on a fishing trip accident around 1963 so my dad carried on the farming, eventually expanding his operation to 1,200 or so acres.

I was born in 1957 and my little brother, Kenneth, in 1961. My parents separated when I was 8 and divorced four years later. But they got along well, remained in the same town where my momma was a teacher and the school librarian for 33 years. We lived in “town” with my mom but grew up working on the farm. I learned to drive on a 3010 John Deere at age 10. When I was 16, my momma married Charles Shannon — a cotton farmer and elevator man. They also have farmland they now lease out.

I began working at the local cotton gin on the weekends, holidays and after school until midnight. It was my first Social Security and minimum-wage job, and I thought I would never see another poor day. That was back in the day when a boy who wanted to work could, and every one of my buddies and I were always looking for work.

Kenneth wanted to farm and obtained a degree in ag economics from Texas Tech University in 1982 and immediately started farming. Our daddy was able to assist him in getting some leased land to start off and shared some equipment to help him get going.

I remember telling Daddy when I was about 15 and crawled off the John Deere in mid-July after a 12-hour day that “I wasn’t going to be a damn farmer. I was gonna be a lawyer and shower in the morning before work instead of when I got home.” His response was that I liked to argue so much the bar would be a fine career choice.

At any rate, Daddy and Kenneth farmed separately and as a partnership known as K&J Farms Inc., which I set up for them in my advisory capacity as the family attorney.

Yes, I made it through law school and have the good fortune to represent many farmers and farm owners as part of my practice. Unfortunately, Kenneth died of cancer at 46 and Daddy a couple of years later. But the Latham Farm still exists. I am proud to say I inherited it and have it in a trust for Kenneth’s two kids.

I am fortunate that one of the best farmers in the area, Mike Henson, farms it. We average about 2.8 bales per acre on the 120 acres my dad and I put into subsurface drip irrigation. A dear family friend and excellent farmer, H. Joe Schwartz, died a few months back.

He paid me the finest compliment a landowner can be paid when he told me I was taking care of the land like I was taught. I get out to the farm quite often, go to the annual meeting of the co-op gin, don’t argue with Mr. Henson about farming decisions and get to “farm” without all the pressure and debt.

Most people associate gambling with flashy casinos. To me, there is no bigger gambler than a farmer walking in to meet with a reluctant or skeptical banker, asking for hundreds of thousands or more in operating loans, knowing that a 15-minute hailstorm can wipe out a year of blood, sweat and tears, and still “put it all on the line.”

I drive to many rural counties in my chosen profession and see a lot of crops, equipment and labor. While I often think “what if” I had farmed, I believe I will stick to arguing for a living.