Phosphorus Is About Availability, Not Quantity

Phosphorus is often fixed and not available to the plant. Avail T5 Phosphorus Fertilizer Enhancer from Verdesian Life Sciences helps unlock that P that is fixed in the soil, making it available for the plant.

Avail T5 slows fixation by temporarily binding the positively charged calcium, magnesium, aluminum, and iron. The result is more P in solution and the formation of more soluble forms of P minerals in soil.

Recent analyses indicate that two-thirds of the Avail T5 benefit is the increase in plant available P, and one-third is from the improved early start of the crop with better early root development that allows the plant to better tolerate stresses throughout the season.

Mike Tate To Lead The National Cotton Council In 2019

A graduate of the NCC’s Cotton Leadership Program, Tate previously was a NCC director and has served on numerous NCC committees. He performed duties as a director and board adviser of the NCC’s export promotions arm, Cotton Council International, and has held multiple leadership positions in the NCC’s American Cotton Producers including as its chairman in 2016-17.

A past president of Southern Cotton Growers Inc., Tate also has held leadership positions in Cotton Incorporated, the National Council of Farmer Cooperatives and many state agricultural organizations. He currently serves as a Staplcotn director.

Tate is the owner/manager of Tate Farms, a family-owned partnership in Meridianville, Alabama, where cotton is the principal crop of the 6,000-acre Tennessee Valley operation. He also is president of Cotton Growers Cooperative Gin & Warehouse and has an interest in Tate Farms’ agri-tourism operation, “Cotton Picking Pumpkins.”

Re-elected as secretary-treasurer is Barry Evans, a producer from Kress, Texas.

The Hall of Distinction recognizes those who have significantly contributed to the state’s agriculture community in farming, ranching, forestry, aquaculture, education and agribusiness. This year’s four inductees all made crucial contributions to Louisiana’s agriculture community: Grady Coburn, Jack Hamilton, George LaCour and Linda Zaunbrecher.

A native of Gueydan, Zaunbrecher is only the second woman to enter the Hall of Distinction. Her career is distinguished by her pioneering work in increasing leadership opportunities for women in agriculture.

A long-time farmer in Lake Providence, Hamilton is a Korean War veteran who passed away in 2001. He’s being honored posthumously for crucial innovations in cotton production and ginning. He was a driving force in the formation of the Louisiana Agricultural Corporation Self-Insurance Fund, which offers workers’ compensation coverage to employers across the state.

Coburn, of Cheneyville, is a long-time crop consultant and contract researcher. Over the past 40 years, he’s had an integral role in increasing producer profitability.

Coburn is a founding member of the National Alliance of Independent Crop Consultants and the Louisiana Agricultural Consultants Association, where he also served as president. He has developed a national reputation, and his advice is sought frequently when agriculture-related issues arise in Washington, D.C.

A native of Morganza, George LaCour is respected worldwide for his expertise with sustainability and conservation in the cotton industry. In his work for the Cotton Research and Promotion Program, LaCour has traveled as far as China and Vietnam to share his knowledge with cotton production and has been a presenter multiple times for international meetings in Brazil.

He is a former president of the Southern Cotton Ginners and Louisiana Cotton Producers Association, as well as immediate past chairman of The Cotton Board.

The annual Hall of Distinction induction ceremony is presented by Louisiana Radio Network in cooperation with the LSU AgCenter, the Louisiana Department of Agriculture and Forestry, and the Louisiana Farm Bureau Federation.
Monsanto serves as title sponsor and First South Farm Credit is the presenting sponsor.

Creelman, board member and past chairman (2001-2002), of the California Cotton Ginners and Growers Association, continued a long tradition of leaders from the California cotton industry.

The California Cotton Ginners and Growers Association recognized and thanked Stan Creelman for his industry service and his willingness to go above and beyond to serve the cotton industry. 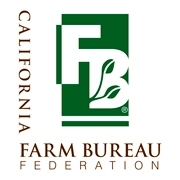 An experienced agricultural advocate and executive, Jim Houston has been appointed administrator of the California Farm Bureau Federation. He will succeed Rich Matteis, who will retire at the end of March after serving as CFBF administrator since 2007.

Houston joined CFBF in October 2017 as manager of its Governmental Affairs Division. In January 2018, he assumed additional duties managing the CFBF Legal Services Division and serving as the organization’s administrative counsel.

Prior to joining CFBF, Houston worked for six years at the California Department of Food and Agriculture, first as deputy secretary for legislation and public engagement, then as department undersecretary.

“Jim brings a combination of advocacy and governmental experience that makes him uniquely qualified to lead our Farm Bureau staff,” says CFBF President Jamie Johansson. “As our organization celebrates its centennial, Jim is the best person to help guide Farm Bureau into a successful second century of service to California farmers and ranchers.”