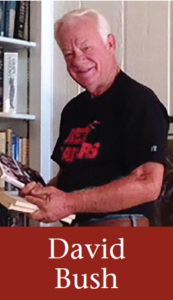 This essay is a brief description of the contributions to cotton farmers made by my major professor, mentor and friend, Luther S. Bird, Ph.D., professor of genetics and of plant pathology, Texas A&M University, College Station. Dr. Bird developed cotton varieties resistant to biotic (diseases and insects) and abiotic (heat, cold and drought) stresses as well as doing the basic research needed to understand and explain how and why resistance to these cotton maladies worked.

During a career stretching from the 1950s until his retirement in 1986, Dr. Bird developed his “MAR hypothesis.” MAR is an acronym for Multi-Adversity Resistance. Adversity was his word for plant stress, and his MAR breeding system was a method for simultaneously selecting for resistance to multiple adversities (stresses). He always required of himself and us other MARtians (his graduate students) that no matter how basic our research, it must ultimately relate to better profits for cotton farmers. That attitude was why he was so appreciated and his research so well supported by Texas cotton farmers.

The MAR program started as a method to select cotton lines that germinated and emerged in soil temperatures that were colder than the optimum for Rhizoctonia solani. After working with cold tolerance, Dr. Bird began to see simultaneous improvement to other stresses. From these observations, he created his MAR hypothesis and breeding system. The MAR breeding system is based on three traits 1.) slow germination at 13.3 Celsius, 2.) seed coat resistance to mold growth and 3.) functional immunity to bacterial blight. By selecting these traits, the breeder indirectly selected for resistance to major diseases and insects, increased yield, improved earliness and abiotic stress resistance – cold and drought.

The MAR breeding system never caught on in the cotton breeding community at-large. Research showed that the faster a cotton crop emerged, the more vigorous and productive that crop would be. The MAR system, however, selected for slow germination and emergence. I asked Dr. Bird about this contradiction. He told me that in the early 1960s when he started the MAR program, he selected for early germination and emergence like everyone else. But he found that seedling disease was decimating his early emerging lines. To resolve this conundrum, he set up an elaborate step-wise regression analysis and ran it on the TAMU main-frame computer. In those early days of computing, a main-frame computer was a massive machine that took up a whole building. It was also slow and took all night to crunch Dr. Bird’s numbers, consuming almost the entire plant science department’s annual computing budget.

Dr. Bird was a good research scientist, but he was an even better cotton breeder. In the 1970s, before boll weevil eradication, pyrethroid insecticides and transgenic varieties, insects in South and Central Texas were making economical, environmentally sensible pest control difficult. MAR varieties produced good yields even under high insect pressure through early maturity and genetic resistance to the budworm/bollworm complex. Notable MAR varieties of that era – SP-37, SP-37H, SP-21, SP-21S, CAMD-E and CAB-CS – became the varieties of choice for South and Central Texas.

Dr. Bird once received a photocopy of a deed for farmland in South Texas. An accompanying letter from the farmer stated that he had paid for that farm by planting TAMCOT SP-37 cotton. Dr. Bird had a long and successful research career and received his share of awards and accolades. But I don’t think anything ever pleased him as much as that farmer’s letter.