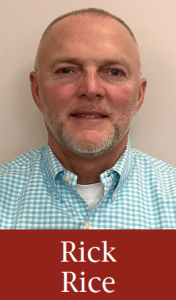 The hardest part of writing this story is that even though I can remember it like yesterday, it happened 38 years ago. Well, at least the first part of it did. This recounting will attempt to set straight a couple of events that, over time and telling by folks other than myself, turned into a grand myth that’s better than the truth. The story is that I got kicked out of Arkansas State University and lost my pilot’s license for flying through the football stadium during ASU’s first televised game. Like all good myths, it contains an element of truth, but that’s not exactly what happened.

My Dad was one of the old-time crop dusters, which meant I grew up around airplanes like everyone else in the Missouri Bootheel grew up around tractors. So when I went off to college in 1977, I flew there in a plane that I bought from Earl Dean Taylor. Since confession is good for the soul, I’ll admit to flying through Indian stadium on occasion. But in the fall of 1978, I had the misfortune to fly through the stadium a few days prior to a game that was going to be televised to more than just the local northeast Arkansas community. The university president decided to visit the stadium while the television cameras were being set in place. The president, not the cameras, was what got me in trouble. He took great offense to me flying through HIS stadium. He told me (and I believed him), that when he got through with me, I’d never want to get close to that stadium again.

He didn’t put the fear of God in me, (I knew God would forgive me), but I was awfully afraid of calling home and telling my folks that I’d gotten kicked out of college. Fortunately, the dean of men (they actually had such a thing back then) intervened on my behalf. I repented and promised to never do it again, and they let me stay in school. I never told my folks what happened. Hallelujah!

Jump forward to the fall of 1980. I’m set to graduate in December, and the school has a new president who didn’t know me from Adam’s house cat. My fraternity was playing an intramural football game, and I decided to cheer them on by making a couple of low passes over the intramural field. BIG MISTAKE! My fraternity brothers loved it, but one of the fellows from the other team reported me to the FAA. I knew I’d been reported, but I didn’t exactly know how to break the news at home. So like any good college kid, I just acted like nothing had happened until I was proved wrong. And I was. Since I didn’t change my home of record with the FAA when I went to college, its notification of an investigation and a list of all the violations of which I’d been accused were sent to my parent’s home address.

Oh yeah; one more thing. I have the same name as my Dad, so when the certified letter from the FAA was delivered to the airport where we got all our mail, it had HIS name on it. (What probably kept him from killing me was his feeling of relief when it dawned on him that HE wasn’t the one being investigated.)

I won’t go into the conversation that took place when Daddy called me at school to let me know that the FAA was looking for me. The list of things they were mad about took up nearly two pages, and I thought all I’d done was buzz the intramural field. Turns out that if you make a crop-duster turn after the first pass, they can cite you for doing low-level aerobatics over a crowd without a waiver.

Well, I called and turned myself in, and the FAA man cut to the chase and asked me just how low I really got. I told him that I wasn’t sure, but since nobody on the field even lay down, it couldn’t have been too low. THAT’S when I lost my license!
So the truth is out. I never got kicked out of college, and losing my license didn’t have anything to do with flying through the football stadium and getting caught by the TV cameras. That’s just a vicious rumor that needed to be set straight, once and for all.