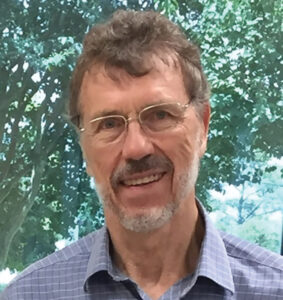 I told my cotton story here October 2020 on our (I have three younger siblings) 188-acre, dryland cotton farm in Willacy County, Texas. Several items need updating. Thank you for the opportunity.

For one, I forgot my childhood nickname. My 73-year-old thinning hair is grayish brown. When I was a kid, it was very blond, almost white; and also curly. My nickname was, in fact, “Cottonhead” or “Cotton” for short. I remember playing Little League. “Don’t drop the ball, Cottonhead. Hit a single, Cotton.”

Willacy County is one of the four counties that make up the Rio Grande Valley in extreme South Texas. Some areas there have a consistent wind. The first wind farm to generate electricity in the Valley went in 20 years ago. It is still a shock to me to drive around my old stomping grounds and see hundreds of these massive turbines.

As a kid growing up and driving out in the country in the 1950s and 1960s, I remember windmills well. These did not generate electricity, but raised water from aquifers (ample then, some almost depleted now) to water the cows, and maybe even do a little row crops irrigation with the right plumbing and labor. At 40-feet tall, they were and are piddling compared to today’s monster wind turbines.

Aermotor was printed on 100% of the vanes of these quality wind-powered water pump systems. That company, formed in 1888, must have had a monopoly. It operates today under the same name of Aermotor Co. and is based in San Angelo, Texas.

A 125 turbine (2.17 megawatts per turbine) wind farm did go up in the area of our land, putting juice to the grid in February 2021. Big Sister lobbied for a turbine on our land. We did not get it. However, we are receiving the minimum annual income for one turbine, as if we had one. This is as the developer shorted us on the land holding fee (since reimbursed) due to a surveying error. The design was already done. Adding a turbine would have required re-application to the FAA as a commercial airport is 13 miles south-southwest of here. All in all, it’s a long story.

Texas leads the nation in renewables — mostly wind, some solar, a little hydro and a little geothermal. To sum up, we are enjoying the feel good feeling of generating electricity without creating carbon contributing to global warming and permanent climate changes, resulting in environmental refugees by the millions worldwide today.

Due to the current drought, only 7.13 million acres of U.S. cotton were harvested this year, the lowest since 1868. Forty-three percent of planted cotton was abandoned — plowed under — as yield was not worth harvesting. Texas was even worse, 69% plowed under. However, Texas did have one bright spot. This was the Rio Grande Valley, which pretty much got the right amount of rain at the right time. Yields were a little more than two and three bales per acre dryland and irrigated.

Texas’ drought of record was 1950-57. As severe as today’s drought is, it pales to that in the 1950s. I remember it well, as the family had severe money problems. The number of Texas farms and ranches shrunk from 345,000 to 247,000. Thousands moved from farms and ranches and small towns to the cities looking for work, permanently as it turned out. Economic losses were $26 billion in 2022 dollars. Our land is dryland, so we watch and pray over the vagaries of the weather every year. We rent to brother farmers. We and they are not lucky every year, so a little extra income “as steady as the wind” is very welcome.

The four of us born 1949-1958 used cloth diapers. There was no choice. I remember changing diapers on the two youngest, eight and 10 years behind. I liked those cotton diapers, so white (like my hair!) and fluffy and soft. They also doubled well as burp rags. I recall not so fondly rinsing them with a water hose in the back yard. This prewash was beneficial before going into the washing machine. Clean was important for several reasons. For one, they were hung outside to dry, so more or less on display.

I married late at age 39. Our daughter was born 14 months later. At the time, there was much debate as to whether cloth or paper was better for baby, and also what was best for the environment. We opted for cloth diapers, using a service that picked up, washed at 190° F, and then delivered — still preferring cotton. Of course, we used paper some, such as when we were away from home.

I became a grandfather last March. That boy uses paper diapers of course. Things change. I don’t think you can even buy cloth diapers anymore, much less hire a service. And so it goes.

Tomorrow’s IPM — Not Your Granddad’s Jalopy