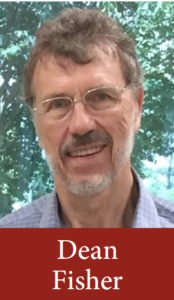 He was chief quarter-master on the Mahan-class USS Preston destroyer. A Japanese cruiser sent her to the bottom of the ocean off Guadalcanal Nov. 14, 1942. Dad lost more than half his shipmates. After 14.5 hours in the water, an American ship rescued him.

Shortly before being discharged, he met TWA stewardess Marjorie Benson of Chicago. They courted and then wed December 1947. Getting through the Great Depression, winning a war and getting married is jubilation. But that does not carry you the rest of your life. Dad had already flunked out of Texas Tech, had little education past high school and had no developed skills for a trade. So what to do?

He and his two older sisters had inherited 380 dryland acres in the Rio Grande Valley when their mother, Willie Mae, died in 1932. She had inherited the land from her parents, George Nance and Lucinda Woodward Nance, doing nothing with it other than paying taxes. A decision and a deal were made. Dad would convert that brushland into farmland, be a cotton farmer and pay Aunt Snooks and Aunt Maxine a share of the income.

Mom and Dad moved to Raymondville, Texas, 15 miles from the farm. Dad knew nothing about farming, but he was game. He planted cotton the next year and the year after that. The rain gods smiled. The boll weevils passed, both years were bumper crops, and the money was good. Dad borrowed more money and bought more land. I was born in 1949, and three siblings followed in the next 10 years.

1950-1957 is referred to as the Texas drought of record. The state’s farms and ranches shrunk from 345,000 to 247,000. Economic losses were more than $25 billion in 2020 dollars. Dad could not pay his land loans, so the additional acreage was lost. He also lost money on the family farm because of little to no rain. But he was still ambitious.

When I was 5, I was with him at the farm when concrete was poured for Bracero buildings — kitchen, foreman’s house and the workers’ housing shed. The Bracero Program was a series of agreements between the United States and Mexico that allowed Mexicans to do farm work, railway repair, etc., in the United States. Because so many American agricultural workers enlisted in the military for World War II, the program was deemed necessary. It started in 1942 and ran to 1964.

I never worked for my father on the farm. He became an alcoholic and was too sick to work, so he and Mother hired out to a farmer friend. Daddy died when I was 17. I suspect his alcoholism stemmed from post-traumatic stress disorder from the war. Bad credit and having to skimp to meet the mortgage did not help. However, I did work cotton during my high school summers.

I helped with the trailer behind a stripper, operated a rood (my respirator was a bandana), stripped and picked cotton by hand, stomped cotton, maintained cotton pickers in the field and served as a trailer jockey at a cotton gin. To me, some of this work in the 1960s bordered on the inhumane. I graduated college in 1971 and moved to Houston to be a safety inspector for an insurance company. After my earlier experience, I didn’t want anything to do with farming other than wearing cotton clothes.

Mother died in 2015 at age 94. The four kids now own the land — 190 acres. We continue to rent to the same brothers who are excellent stewards of our land and still grow cotton. We occasionally drive down to the farm in Willacy County. My sister lives in Corpus Christi, plus I have a few high school buddies who stayed in Raymondville.

The last trip was a shock after a 10-year gap — wind turbines all over the place. Maybe we can get one of those. With a little extra income as steady as the South Texas wind, we would not have to worry so much about getting enough rain at the right time for the cotton to flourish!