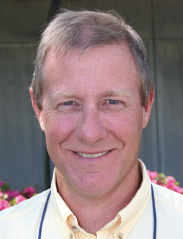 Not too long ago I wrote about challenges that we will be facing in the next 20 to 30 years regarding how we will feed the world’s growing population. The challenges with food and water shortages, as well as losing farmland, will no doubt be of great concern in our future and our children’s future. Today’s technological advancements are moving forward at an alarming pace that is downright eerie.

I wish my grandfathers were both around so they could see how different things are now compared to the good old days. Occasionally, there are times when I reminisce about why I had to learn some things in school. I always thought that there would be no reason for me to use some of the things that I learned in graduate school once I made the transition into the real world.

I am in research. So, as you know, it is a field that is technically oriented. Some of my fellow researchers may be a little quirky about how their research plots are laid out.

For example, stakes have to be straight. They need to be in the first row or in the middle of the plot, and we can plant 32.5-foot plots and trim back to 30-foot plots. There are many other examples, but one of the plot layout methods has almost vanished in the last couple of years.

We had a professor when I was in graduate school who could actually lay out a field by standing in the middle of it with his arms outstretched like a garden scarecrow. He would pull his arms in together until his hands met. He would then proceed to tell me or another graduate student where to place the flag.

This was his way of squaring a field. So, a few of us wanted to see just how good and accurate this method was. We measured out the area using the Pythagorean theory (3x4x5) with three tape measures and two extra-long screwdrivers (also known as a dead man or a graduate student). After measuring and connecting the tape from the hypotenuse with one from our straight line, it turned out that our scarecrow professor was pretty dang close to where we were.

I was never able to do that with the arm thing, but I used the 3x4x5 method for years and years. Up until the last three years, we have laid out the entire Agricenter research area that way. Now it is much simpler and much quicker. We have an RTK-based guidance system on our research tractor now, and we lay out everything for each field with this tractor. It has many advantages versus the “old way.” It’s quicker, and you only need one person. You can easily listen to country music on the radio while in air conditioning, and you don’t need tape measures or dead men.

Here is another good example. We have spent numerous hours counting seeds. This is another part of the research world that has changed over the years, as well. We have gone from actually counting seed, to weighing them out based on a smaller count. Depending on the type of trial now, all we do is make sure that we have slightly more than what we need because our planter counts seeds as we plant.

If we need to plant 120 seeds per 30 foot of row, we just make sure that we have at least 120 in the coin envelope. Anything over 120 seeds will be evacuated out into a holding container.

All of this is to say that I truly believe if we continue delving into technology that we can face the concerns confronting us in the next 30 years. New advances in genetics, pest control, soil health and different ways to grow crops will provide us with ways to meet these concerns. I imagine that 50 years ago someone was saying how will we feed the world? I also imagine that with the way technology is progressing, someone in 20 years will wonder how we laid out plots using RTK!