The Cotton Gin, Hide And Seek, And Spontaneous Combustion 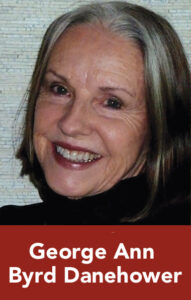 Each fall, usually about mid-September (depending on the weather during the growing season), the cotton bolls would burst open and cotton picking would begin. White fluff began to gather on both sides of the road on our farm, particularly around the cotton gin. Mother always said every year, “My stars, it looks like snow.” And it did. It was ginning season.

Ginning season began as the farmers arrived with their wagons filled with the just-picked cotton. Cotton was cradled in various wooden wagons and drawn by tractors or mules as they made their way to the gin. This season of ginning, with cotton fibers filling the air, would last late into fall, until the fields of white gold had been picked over at least twice.

My world was cotton. After the cotton was ginned, the lint (the good stuff) was compressed into five-hundred-pound bales. These bales were then stacked and scattered on the grounds around the gin, thus creating a giant maze perfect for playing games.

From age 4 to about 10 or 11, we played at the gin, season after season. Climbing up on the bales, sneaking around the corners, squeezing our bodies into the small spaces between bales, and flattening ourselves against the hard, compressed cotton, made hide and seek the best game of all. It never mattered that we children were repeatedly told never to play around the gin.

Fun and danger lurked everywhere, which is a kid’s primary criterion for fun. Sometimes while hiding among the bales, we watched the wagons of just-picked cotton pull up to the gin. A man would take a huge silver tube, that seemed as large as his body, and place it in the wagon of raw seed cotton.

Out of sight to us, a switch was flipped and a ferocious noise of air sucking the cotton would begin. The cotton would disappear from the wagon and enter the gin.

Through the wide-open side of the gin we could see the cotton as it reappeared as a fast-moving white waterfall. Where it fell, I do not know. To be honest, though, we children never went inside the cotton gin. We were simply afraid to enter this strange building of metal and noise.

On the other hand, for a short time we did climb the wondrous mountain of hulls, immature seeds, and debris that was spat out of the gin. We would race to where the mountain had formed, climb to the top, and then roll to the bottom.

Our roll down grew faster and harder as the mountain grew higher and higher, and we were tossed in the air as we hit the bottom of the pile, which was our favorite part of the ride. No man-made slide I was ever on in my life was that much fun.

But one day something happened on the mountain that I will never forget. You might be wondering where the adults were while we enjoyed this particular forbidden game. Well, they were all working.

“One day something happened on the mountain I will never forget.”

Yes, one of them would appear once in a while and yell at us to get off the mountain. But as soon as that person left, we resumed climbing and sliding until, one day, my daddy appeared at the gin and sat all of us down at the base of the mountain and explained to us the concept of “spontaneous combustion.”

I had never heard these two big words before, and I asked Daddy to spell it for me and say it again. We children found it hard to believe that fire could just start on its own in the middle of our mountain and then cave in — with us still on it. This was one of the most serious discussions I ever remember with my daddy.

He did not yell or threaten us, nor were we punished. After he left our mountain, we all were glum and long-faced. It was hard to believe this marvelous playground could kill us.

It was probably no more than a week later that my friends and I went over to the gin to play hide and seek, and then we saw it:

Our mountain had caught fire during the night and only about one-third of it was left standing. All that was left were hot glowing red hulls and smoke spewing from within the small mound that remained of our once great mountain. It is an image I have never forgotten.

Editor’s note: This short story excerpt appears in George Ann Byrd Danehower’s book, “Fields of White Gold.” The stories are set in the 1930s-1950s in Mississippi County, Arkansas. The book is available at actapublications.com and amazon.com.