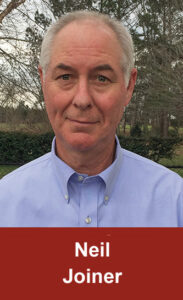 I hadn’t planned a sequel about early memories of my longtime friend William Cross. It occurred to me, however, I had not mentioned two things for which he is well known — fishing and hunting. Many of us have tales about the ones that got away. William’s stories are about the ones that didn’t.

The research department of Joiner’s Corner (joinerscorner.com) declined to provide a ranking of Dooly County’s top fishermen or hunters. So, I can’t say with any certainty what spot William holds. I have no doubt, however, he’s in the top echelon in each category and scores even higher using a combined model. If practice makes perfect, he’s perched atop the pinnacle of excellence.

It seems like only yesterday we were fishing from the banks of his Uncle Bud’s pond. What we caught that day has escaped my memory. The one thing that stayed with me, though, is William’s relentless pursuit of those catfish. If I hadn’t known better, I would have thought Miss Helen’s freezer was empty.

My idea of fishing has not changed much since childhood. I enjoy it if the weather is perfect, fish are occasionally biting, and the Saltines are crisp. Vienna Sausage don’t pair well with stale crackers. One-pole fishing is my preferred method, a relaxed approach for which I am extremely well suited. William, however, uses a multi-pole technique that almost seems unfair to the fish. On that hot summer afternoon, my plan was to sit in the shade of the pines and occasionally check my hook to see if a turtle had stolen the bait. William, however, quickly began scattering poles along the bank and setting corks at various depths. With a tempting worm at every turn, it took both of us to watch the poles and string the fish.

Another memory of yesterdays with William is of fishing behind his grandfather’s house. Mr. Charlton had a nice pond in his cow pasture and a bull we hoped we could outrun. The fish, however, weren’t cooperating, so we dropped two lines in a small overflow hole below the dam. I’m not sure how many we caught, but it surprised me to pull several from a puddle of water. There’s probably a lesson from that outing, perhaps not to give up too easily. Or maybe it’s to keep on fishing rather than waste time wishing.

William took that same approach to hunting. He was shooting like a pro before he was out of diapers. I’m kidding but not by much. While still in his youth he would bag more birds at a dove shoot than most of the men. And he’d walk for miles to find a covey of quail. He tried to teach me how to lead the birds and time the shots, but I failed the class. Doves would fly toward me just for fun.

The only exceptional shot of my life came while standing next to William in an open field. We were about to call it a day when a high-flying dove broke the sound barrier. William chose not to waste a shot, but yours truly figured why not. For entertainment purposes, I suppose, I raised my Remington 1100 and fired.

Much to our surprise that bird fell right at our feet. It may have been a heart attack, but either way I, “killed him dead,” as William said. By risking a single shell, I gained a memory that’s served me well.

In February of this year William was alone on a pond fishing for crappie. He was using a fiberglass pole when something hit the minnow hard. He used the trolling motor to stay with the big bass, knowing it could break loose if it chose to. Just as he netted the giant fish, the hook fell from its mouth. The taxidermist measured it at 25 inches and estimated the weight at over 12 pounds. Landing a trophy bass with light tackle and no help may not be a miracle, but it’s close. That unlikely catch seems an appropriate reward for decades of casting bread upon the water.

William is greatly admired for his fishing and hunting skills, but it’s not his ability which I find most remarkable. It’s the effort he makes to excel. Whether lining the bank with poles, fishing in a puddle, or chasing a bass until it surrenders, he gives it his best shot.