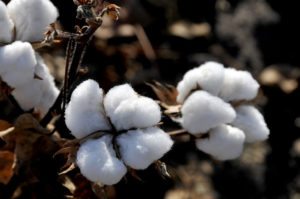 For the second straight year, Arkansas’ “ginning season” may go into extra innings.

Despite the wet weather delays, growers had good reason to be optimistic about their 2019 crop, said Bill Robertson, Extension cotton agronomist, and Scott Stiles, Extension economist for the University of Arkansas System Division of Agriculture.

The optimism is palpable, taking the form of a bale backlog at some gins. Gins that typically finish their work by late December, may be ginning into spring.

Grower optimism wasn’t reflected by the annual Arkansas Crop Production report issued Jan. 10 by the National Agricultural Statistics Service. The report put Arkansas’ state average cotton yield at 1,102 pounds per acre in 2019, down 31 pounds from 2018. Harvested acres were up 27% over 2018 to 610,000 acres. Total bales were estimated at 1.4 million, up 24% from 2018.

“We had some phenomenal cotton yields in this state this year,” Stiles said. “NASS pegged the cotton yield at less than 2017 and less than 2018. Bill and I are both a little – no – a lot surprised by that.”

“It was the same thing when we harvested. We started with excellent harvest conditions for the first half, then we started getting rain.” The same way “planting was dragged out and it was almost the same with harvest.

“I still think we ended up really good. We had several consultants tell me, ‘I thought it would be 1,200 pounds,’ which would be a new state record.”

However, growers who saw yields of 1,100 pounds per acre are probably going to have a hard time paying all the bills, Robertson said.

Stiles said the discrepancy between grower expectations and what NASS reported may be due, in part, to the workloads Arkansas’ cotton gins are now facing because of increased cotton acres this year and strong yields.

“Last year, the ginning season extended into March in some areas,” he said. “We’ll see that again this year.

“Increasing cotton acres, strong yields and fewer gins could be why data is slow coming in.”

In November, NASS estimated Arkansas’ state average soybean yield at 50 bushels an acre but lowered its estimate to 49 bushels per acre in its January report. Arkansas harvest 2.61 million acres of soybeans, down 19% from 2018. Total production was estimated at 128 million bushels, down 21% from the previous year.

“To see NASS lower the soybean yield this month seemed to mesh well with grower observations this year,” Stiles said. “You hear from growers, ‘I didn’t feel like I had the bean yields – they seemed off from last year.’ However, the quality of the 2019 crop was much improved.”