Dry conditions across the region are influencing both weed control and cotton injury.

Additionally, drought can reduce the movement of herbicides once they enter the weed. Systemic herbicides such as Roundup, Select, dicamba and 2,4-D are especially sensitive to these conditions as translocation within the weed is critical for maximum effectiveness.

Contact herbicides such as Gramoxone or Liberty actually perform better during warmer/hotter and sunnier conditions, but even these products are hampered under significant drought conditions. The figure below shows Palmer amaranth response to Liberty as influenced by drought. In this study, Liberty was applied on May 30, 2019, with the photo taken three days later. Less control is visually obvious when Palmer amaranth was stressed from drought during treatment. 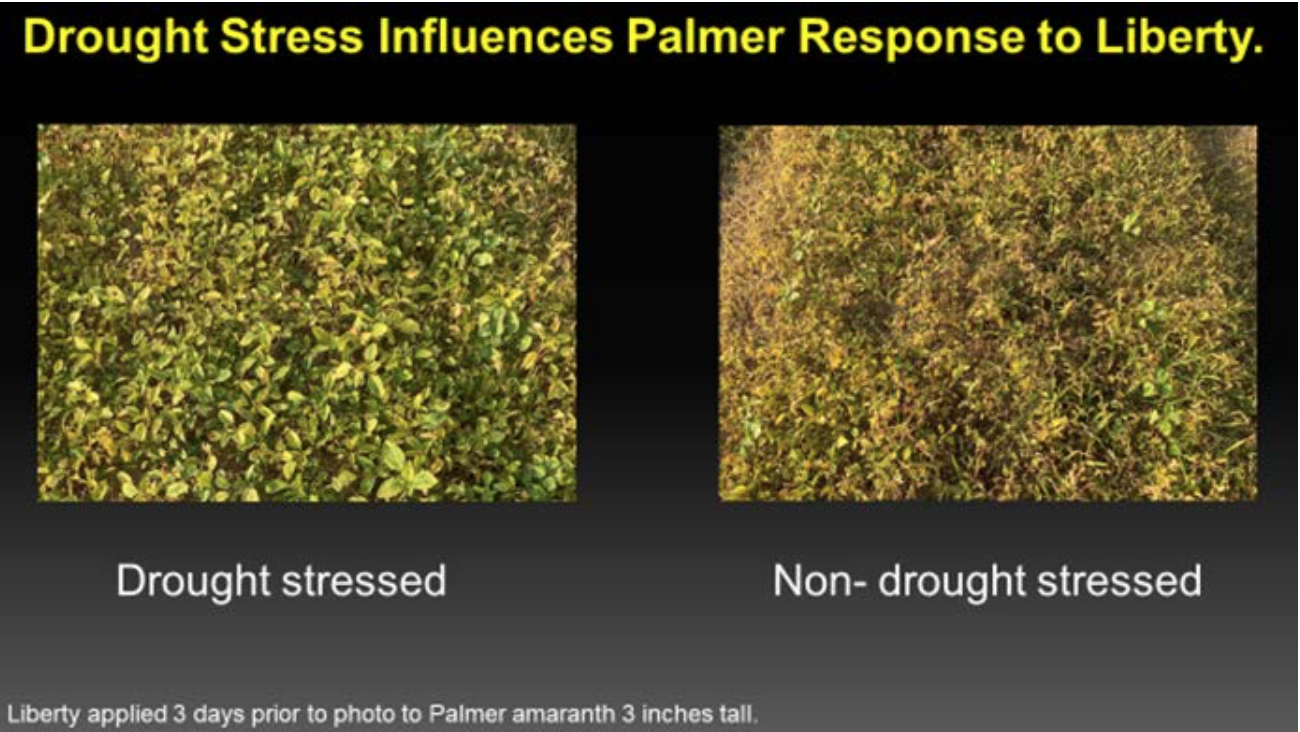 Of course, there is no solution solving the issue of drought on herbicide performance other than obtaining adequate soil moisture. However, herbicide applications in the morning (remember not too early because of time of day impact, label requirements, and inversions) when plants are less stressed may be more effective. And as always, the smaller the weed and the better the coverage often equals better control.  

For those growers only applying herbicides topically, consider reevaluating the management program and get to work on the
hooded or layby sprayer as it will likely be very beneficial in many fields this season.

For example, if the plant needs to metabolize a herbicide to obtain safety but the plant is too stressed for this process to occur normally, then injury may last much longer than expected.

Herbicide persistence or carryover would likely be much greater during dry/drought.

Dr. Stanley Culpepper is a University of Georgia Extension weed specialist. He may be reached at stanley@uga.edu.