Should You Spray 3-Gene Bt Cotton For Bollworm Resistance Management?

The short answer is no way!

The following are data and logic to support this position.

First, we have replicated trials in North Carolina, South Carolina, and Georgia over multiple years stacking up non-Bt, Bollgard II, TwinLink, TwinLink Plus, WideStrike and WideStrike 3 cotton sprayed and unsprayed for bollworms.

In one test, our bollworm pressure was so high that they ate every single fruit off the plant and were eating the leaves. You could literally smell the insects when you walked in the plots. Under this pressure, Bollgard 3, TwinLink Plus and WideStrike 3 unsprayed compared to sprayed six times with 27 oz of Prevathon yielded the same. 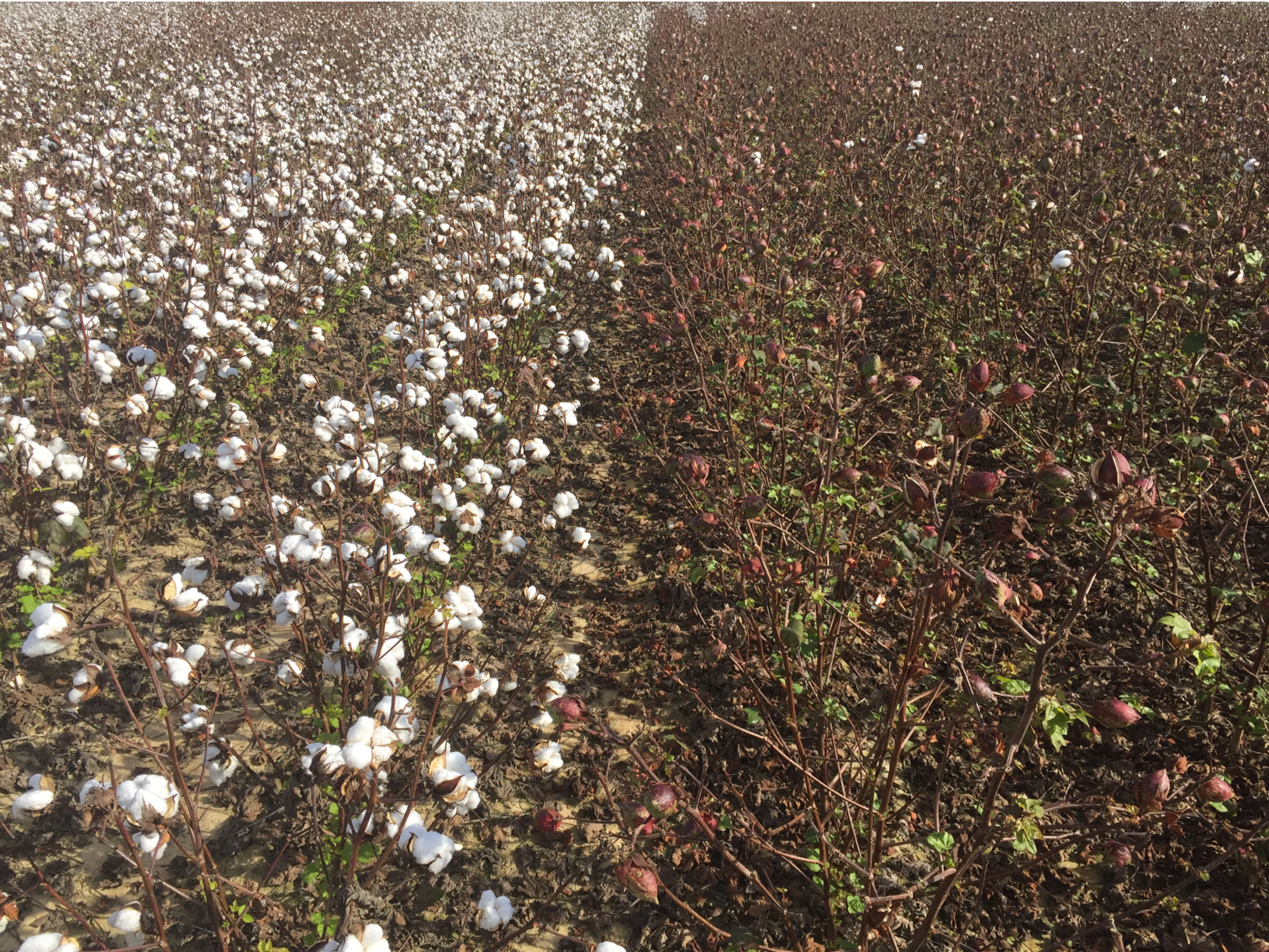 While some extremely limited acreage of Bollgard 3, TwinLink Plus and WideStrike 3 will undoubtedly need to be sprayed (which is why we recommend a larval-based threshold), spraying eggs in these cotton varieties is a waste of money.

Secondly, very few bollworms that feed in cotton actually make it into the overall population of bollworms. Remember when a non-Bt cotton refuge was required?

Studies were done showing what plants bollworms fed on helped eliminate the need for this refuge. These studies showed that across the southern United States (including North Carolina), bollworm moths are produced mainly from C4 plants (probably corn) early in the summer and mainly from C3 plants (probably soybean) later in the summer. Very few are ever produced in cotton anytime in the year 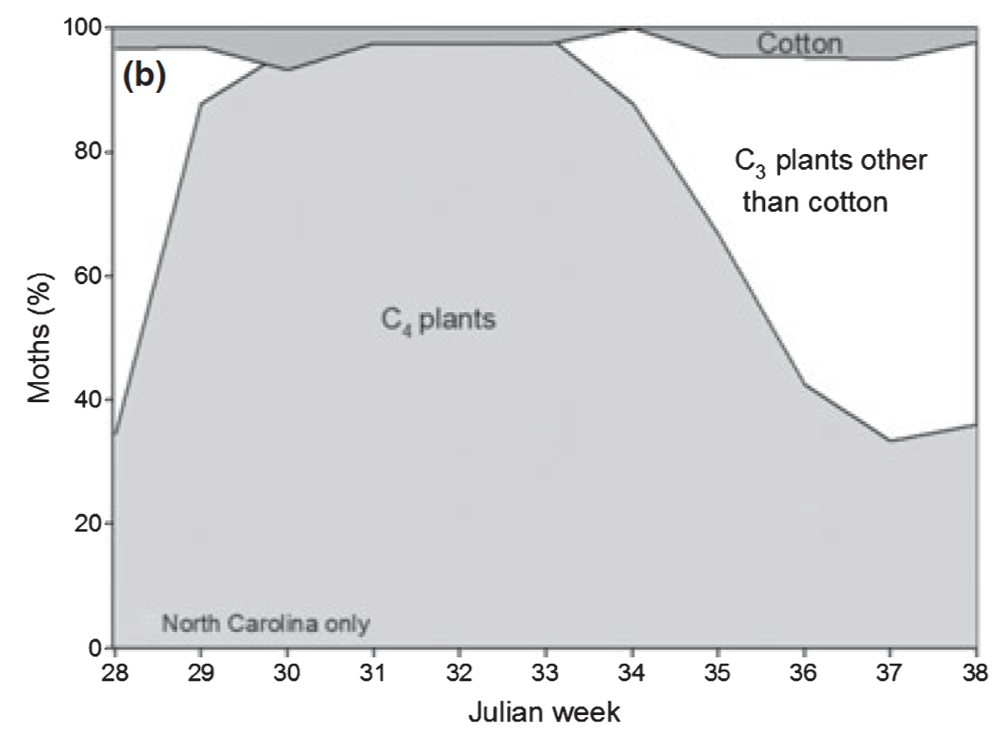 Bollworm moths are produced primarily from C4 plants (corn) early in the summer and C3 plants (soybean) later in the summer. Very few are ever produced in cotton anytime in the year. Figure from Head et al. (2010) published in the Journal of Applied Ecolology.

Therefore, very little of what we do in cotton will influence resistance management. I think we can do much more by planting non-Bt corn refuge and by only using Prevathon and Besiege in cotton and not in soybeans.

In conclusion, sprays targeted at bollworm eggs in Bollgard 3, TwinLink Plus and WideStrike 3 will rarely pay and does little to influence resistance management.