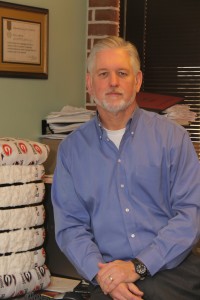 United States cotton producers intend to plant 9.549 million acres this year. If realized, this will be 13.5 percent less than 2014 and the lowest acreage since 2009. This decline is not unexpected; cotton prices are low for the second year in a row. Also, the new Farm Bill seems to provide incentive to shift acreage from cotton into “covered commodities” like soybeans, corn, grain sorghum and peanuts.

Cotton seems to be going through a transition. Actually, U.S. and world cotton have been going through a transition for the past 20 or so years. In the current environment, some in the industry are voicing concerns and posing questions about cotton’s future. These changes include a shift in structure of U.S. cotton demand (sales) from predominately domestic mills to foreign mills, shift in acreage and production share from the traditional Mid-South to the Southeast, a “new norm” for quality of 31-3/35 rather than 41- 4/34 and strengthening prices for other crops in relation to cotton, which can result in dramatic shifts in acreage and production.

While many producers can switch to another crop as market signals dictate (as evidenced by the acreage decline in the Mid-South), other segments of the industry are hurt – ginning, warehousing, machinery and equipment dealers, input suppliers, etc.

The price of cotton and any commodity will be what it needs to be to attract enough acreage and production to meet demand. That’s the role of the market. So, at some point, cost of production and the price of other/alternative crops must come into consideration.

What About New Farm Law?
How cotton will fare under the new farm law is uncertain. Covered commodities planted will be assigned to Generic Base and 85 percent of acreage eligible for PLC/ARC. Cotton will be eligible for STAX. PLC and ARC are uncertain. Nevertheless, producers are tempted to plant covered commodities or expand acreage to capture ARC/PLC. Chasing payments unnecessarily adds to risk. Crop income is risky enough.

Cotton acreage will increase when prices begin to recover – depending also on the prices of other crops. Everybody will feel better with cotton at 80 cents – but this depends on demand continuing to trend up and globally coming to terms on the quality and oversupply of world stocks.

Need More Information?
Don Shurley is Professor Emeritus of Cotton Economics, Department of Agricultural and Applied Economics, at the University of Georgia-Tifton campus. He can be reached at (229) 386-3512 or via email at: donshur@uga.edu. Additional cotton information can be found by visiting the UGA cotton website at www.ugacotton.com or www.caes.uga.edu/departments/agecon.