The outlook for Australia’s cotton production in 2015 is turning increasingly downbeat. An unusually hot and dry October crimped early germination and depleted local irrigation supplies. Australia’s Bureau of Meteorology reported the country as a whole saw the seventh driest and hottest October on record.

In fact, after commencing with temperatures generally near average, October developed into an unusually warm month with well-above-average temperatures across the entire country. This intensification of heat later coincided with the typical acceleration in cotton plantings, suggesting temperatures may have been too hot, too soon, for young seedlings.

As 2014 comes to an end, weather forecasts remain bleak with the Bureau of Meteorology calling for a drier-than-normal summer over the northern and eastern mainland and a warmer-than-normal next three months for both daytime and evening temperatures across most of Australia.

Even worse, forecasters have repeatedly stated it is highly unlikely for conditions to turn appreciably wetter. Much of the eastern half of the country – including the entire Cotton Belt – has below-average chances of exceeding median rainfall. 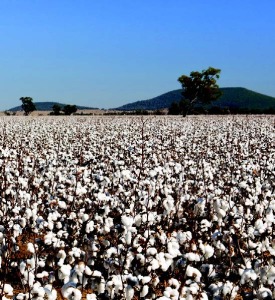 The Bureau of Meteorology expects much of the Cotton Belt to see a 70 to 80 percent chance of exceeding
median temperatures over this period. Climate influences include warmer-than-normal temperatures in the tropical Pacific Ocean and normal Indian Ocean temperatures.

Contact Jim Lambert at jim.lambert@intlfcstone.com. Comments in this article are market commentary and not to be construed as market advice.