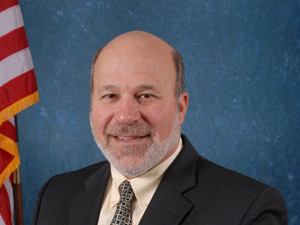 Farmers are making plans for the coming season, and in some regions crops are already in bloom. A big question for many farmers is whether they’ll have enough workers to harvest those crops. Well, Congress has been busy making plans, too. In the last few weeks, the buzz around immigration has picked up on Capitol Hill. Unfortunately, the plans Congress has in mind stop short of what agriculture needs, and would do farmers more harm than good.

The House Judiciary Committee recently pushed forward so-called e- Verify legislation that would require workers to present a more secure form of identification before they could be hired. Congress, in short, seems ready to require stricter enforcement of immigration laws without first repairing the broken immigration system that exists today.

Address Future Needs
We agree that worker documentation does need to be brought into the 21st century to secure our borders. But stopping there would cripple agricultural production in the United States. Effective immigration reform must address our current workforce and create a new guest worker program to meet future needs. Agriculture supports millions of jobs both on and off the farm. No farmer should have to leave fruit to rot or plow up fields simply because he can’t find ready and willing workers.

An enforcement-only approach ignores the rest of our immigration problems and threatens to devastate the farm economy. Farmers and ranchers are careful to follow the federal government’s requirements for checking employment documents and will continue to do so. But e-Verify by itself puts the onus on farmers and ranchers who are already hard pressed to find skilled workers.

The fallout would harm the entire economy. Farm Bureau estimates that food production would fall by $30 billion to $60 billion in the United States if the government implements a strict enforcement-only employment verification system.

As food demand grows, farmers will respond with increased production. The problem is our current immigration laws all but guarantee it won’t be on our soil, because most Americans are simply not willing to take these jobs. Consumers, meanwhile, should expect their grocery bills to increase five to six percent.

Farmers Need Solutions
Washington has a long tradition of granting special carve-outs and exemptions to laws that fall unevenly on some sectors, but that won’t solve the problem we face. Farmers and ranchers aren’t looking for an exemption. We need a solution. Farm Bureau is committed to continuing our work with Congress to reform our immigration system. We must not only secure our borders. We must secure the future of agriculture.

Bob Stallman is president of the American Farm Bureau. For more information, go to www.fb.org.