Stan Winslow of Belvidere, N.C., winner of the 2014 Cotton Consultant of the Year (CCOY) award, was honored by his peers at a special reception last month at the Beltwide Cotton Conferences in San Antonio. 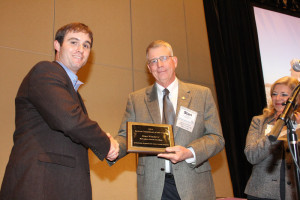 A crowd of more than 150 attended the event at the Marriott Rivercenter Hotel. The award is co-sponsored by Cotton Farming and Syngenta.

“I have to say that this is easily the highlight of my career,” Winslow said in accepting the award. “It’s just a very special honor to be a member of this group of previous winners.”

Winslow is the president of Tidewater Agronomics, which he started in 1998. He also is a past president of the National Alliance of Independent Crop Consultants and the North Carolina Ag Consultants Association.

The CCOY award program was begun in 1981.

More photos from the event below- click on any image for a larger view. 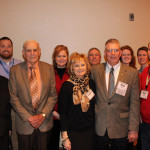 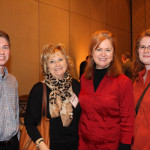 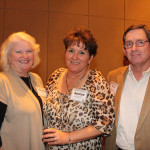 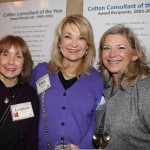 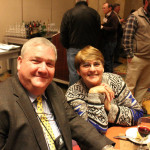 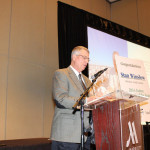 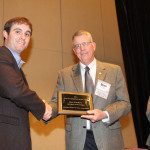 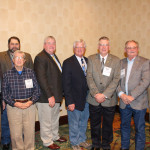 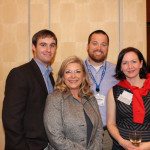 Guy Collins Named Top Specialist
Guy Collins, Extension associate professor at North Carolina State University, is the 2015 Extension Specialist of the Year. Collins recently accepted his new position in North Carolina after serving in a similar capacity in Georgia for the past five years.

Bayer CropScience has sponsored the award since 2008.

Prior to his recent transition back to North Carolina, Collins spent the majority of his time working at the University of Georgia’s Tifton campus. That is where he supported and educated the state’s producers on the latest cotton management techniques, as well as providing them with relevant research information.

The award and specialists’ dinner have been fixtures at the Beltwide Cotton Conferences since 1984.

Scheffler, based at the Jamie Whitten Delta States Research Center in Stoneville, Miss., currently is lead scientist of a project aimed at developing ultra-early Verticilium-resistant elite lines. She received a plaque and monetary award.

Prior to joining USDA-ARS in 1999, Scheffler conducted post-doctoral studies and worked as a scientist and technical consultant at institutions in Germany and the United Kingdom. She earned her bachelor’s and master’s degrees from Iowa State University and a doctorate from the University of Wisconsin.

The prestigious national honor was awarded to Snider primarily for his work on alternate irrigation methods. Snider received a plaque and $1,000 award from Dow AgroSciences, sponsor of the program.