It is vital that generic base (former/previous cotton base) now or in the new
Farm Bill be converted into something of value for the cotton grower.’

Under the 2014 Farm Bill (2014-2018 crop years), cotton is not a “covered commodity” and thus not eligible for Agriculture Risk Coverage and Price Loss Coverage. Here are several changes made to cotton in the 2014 Farm Bill.

These changes have put cotton at a risk management and sometimes net returns (on generic base) disadvantage to other crops. STAX has not been as well accepted by growers as industry leadership would have liked. For the past several years, cotton industry leadership has sought ways to improve cotton’s safety net.

This effort has largely focused on cottonseed and making cottonseed an “other oilseed” under Title I and thus eligible for PLC under the current Farm Bill. You will recall the request to former Secretary of Agriculture Tom Vilsack for such a designation being denied. Despite that, industry and legislative efforts continued to pursue the cottonseed option.

CGCS Payment
Not specifically related to the Farm Bill, but also in an effort to provide assistance, the Cotton Ginning Cost Share Program (CGCS) provided a one-time payment in 2016 based on 2015 acres planted. That payment was $47.44 per acre planted for Southeast producers and subject to a $40,000 limit per person or legal entity.
This was seen as a way Secretary Vilsack could provide support without opening up the Farm Bill and needing legislative approval.

Both the cottonseed PLC option and the CGCS Program have always been seen as a bridge — tools to provide financial support for cotton producers until a new Farm Bill begins with the 2019 crop year. With the Farm Bill development now underway, discussions have become more focused on the longer-term objectives for cotton’s safety net.

‘Seed Cotton’ Designation
It has always been the policy goal to get some form of cotton itself (the lint) back into Title I as this clearly offers a more meaningful and efficient level of income support. The policy option has now turned to seed cotton — not cottonseed but seed cotton — a combination of both lint and seed. “Seed cotton” refers to unginned cotton (cotton harvested and in the module but not yet ginned and is a combination of lint and seed).
The opportunity to do this presents itself by hopefully being able to
temporarily address cotton’s issues within another piece of legislation without opening up the Farm Bill quite yet — again, trying to provide support as a bridge to a new Farm Bill beginning in 2019.
On Dec. 21, 2017, the House passed a supplemental disaster funding bill, which included an agriculture component to assist producers hit by last year’s hurricanes and wildfires. The bill also included language to address the safety net for both cotton and dairy.

Senate Approval Needed
The supplemental disaster funding bill must still be approved by the Senate. This is a wide-sweeping piece of legislation with a big price tag. Changes are likely. Any differences between the House version and Senate version must then be worked out before the bill can become law.
The most recent previous action by the Senate was last summer with the inclusion of support for cotton and dairy in the Agriculture Appropriations package approved by the Senate Appropriations Committee. Those provisions for both cotton and dairy have a different structure than the supplemental disaster bill approved last month by the House. For cotton, cottonseed is established as a covered commodity eligible for ARC/PLC with a reference price of $300 per ton.

The Senate is expected to take up the bill early this year. Depending on final passage and when that occurs and assuming the seed cotton proposal survives, producers and landowners may have a tight window for making decisions.

Converting Generic Base
Generic base has become an important income and management tool on Georgia farms — especially on farms that also grow peanuts. Over half of all peanut acres planted in Georgia are assigned to generic base and earn temporary base in addition to any permanent peanut base the farm may have. The decision on alternatives for converting generic base to seed cotton base will be crucial and depend on expected payments for seed cotton, peanuts and other covered commodities.

Regardless of what happens with cotton policy, generic base as we now know it will likely cease to exist in the next Farm Bill. Therefore, it is vital that generic base (which is former/previous cotton base) now or in the new Farm Bill be converted into something of value for the cotton grower.

If approved for 2018, it is hoped that the seed cotton program will be continued into the new Farm Bill effective in 2019. In addition to the seed cotton program, the cotton industry is also hopeful that the CGCS Program for the 2015 crop will be extended by the U.S. Department of Agriculture to cover the 2016 crop. If approved, it is expected that payment will be roughly half of the 2015 amount.

Consistent with how PLC works for other covered commodities, a seed cotton PLC Payment would be made if the MYA (market year average) price for seed cotton is less than the Reference Price. The proposed SC (seed cotton) reference price is 36.7 cents per pound. The MYA price would also be a weighted average of the lint price and seed price. Any payment would be made on 85 percent of seed cotton base acres.

The specifics of how these various technical components of a seed cotton program would work have not been publically released. Further, any such provisions are still subject to change. Here are the important general points for producers: 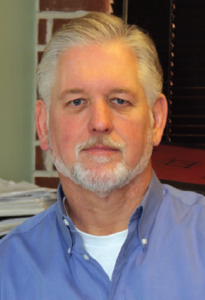 Don Shurley is professor emeritus of Cotton Economics, Department of Agricultural and Applied Economics, at the University of Georgia-Tifton campus. He can be reached at (229) 386-3512 or via email at donshur@uga.edu.