Well Restoration Worthy Of Another Look 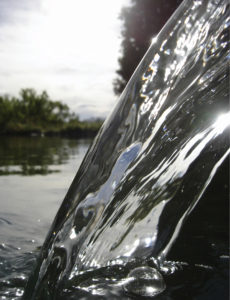 Water wells are a tricky business. From the moment a well is drilled, it’s generally designed to “run to failure” much akin to “planned obsolesce” on a cell phone. Even some well rehabilitation efforts often operate on the same premise.

If a water well is not producing what it was originally designed to produce, both water and crop yields suffer – not something to brag about in the coffee shop.

“Often, growers may not even fully recognize they have a problem,” says Matt Angell, managing partner of US Water Well Inc. in Fresno, California. “They may suspect they have some sort of a problem, but they don’t know exactly what is causing it.”

The immediate culprits include, but are not limited to, water quality, declining water table, long run times, mineralization and biofouling.

Other indicators are pest pressure, weather or assorted agronomic factors that are inexplicably out of whack.

Generally, well production begins declining from the moment it is drilled. “Run to failure” is a term generally used in the industry, according to Angell. “Water quality, bacteria and other factors also affect output from the very first day of production,” he says.

Understanding this decline in well/irrigation performance and how to successfully mitigate the situation begins with recognizing the issues.

“The most logical starting point is to test the pump and determine well efficiency,” he says. “After you obtain a well performance analysis from a certified pump tester you can evaluate your options.”

While it may seem like the only option is to drill a new well, it may not be necessary. Often, well repair and rehabilitation are viable, less expensive alternative steps.

“Depending on the condition of the well, it may be possible to simply rehab the well,” Angell says. “There are products that can be added to the well to address hard water issues and other factors affecting pump performance.”

Simply scrubbing the casing is not always the best solution to the problem. “It looks almost new, and video is comforting,” Angell says. “Unfortunately, that doesn’t always solve the source of the problem.”

The “run to failure” concept is outdated in light of today’s technology, according to Angell. The focus should be on maintenance from the time a well is drilled and brought into production.

“A well is much like the oil in a vehicle,” he says. “You can’t see it, so it might be tempting to put off maintenance until the situation becomes grossly apparent. By that time, it’s an expensive issue.

“Most well rehab procedures only address the inside of the well casing. What you really need to do is begin by addressing the gravel pack where problems originate.”

As wells age and perforations in the casing begin to clog, efficiency diminishes. The pump begins to draw water from lower and lower in the soil strata. Water quality becomes increasingly problematic.

That’s where distribution uniformity enters the equation. Any given plant on any given irrigation block could be getting too much, adequate, or not enough moisture during the irrigation cycle. And it changes over time.

What might not be as obvious is what is going on in the well from the outside in that a grower can’t see from a cursory glance at a video.

Scale and water analysis are vital clues that can lead to a successful rehab of the well. Iron-related bacteria are a common cause of well degradation.

Even if the pump must be removed for cleaning, steps should be taken to extend the life of the well going forward. Rehabilitation treats the problem, but maintenance is crucial to maintain the future viability of the well.

US Water Well Inc. in Fresno, California, contributed this article.