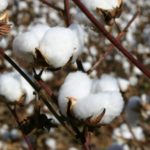 • By Tyson Raper • I’ve resisted writing this post for 5 years because I think estimating lint yield from boll counts only provides enough insight to differentiate between poor, decent and good cotton. Still, I understand the temptation to count one’s chickens before they hatch. In this blog, I highlight a few issues with estimates and define the number ... END_OF_DOCUMENT_TOKEN_TO_BE_REPLACED

A Sense Of Urgency 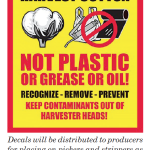 With U.S. cotton facing ever-stronger competition from other countries’ growths and from man-made fibers, the National Cotton Council believes it is imperative that our industry increase efforts to prevent lint contamination. What steps have been initiated? Earlier this year, the NCC re-established its Quality Task Force to monitor ongoing quality issues and stay abreast of lint contamination incident reports. Increased complaints from textile mills are threatening U.S. cotton’s reputation. The NCC took another step when it recently amplified its existing contamination prevention policy — directing the task force to coordinate and oversee the creation and implementation of a comprehensive and effective contamination prevention program for cotton producers and gins. This effort is in collaboration with the NCC’s American Cotton Producers, the National Cotton Ginners Association (NCGA), and other producer and ginner interest organizations. harvest cotton not plasticAre plastics still the major concern? Plastics continue as the major contamination source whether from shopping bags and black plastic mulch to irrigation poly pipe and module wraps. We are urging producers to be diligent in removing from their fields all forms of plastic throughout the season and especially prior to harvest. Producers should try to eliminate other potential contaminants, such as seed coat fragments, excess bark and oil/grease. More and more textile mills are using expensive END_OF_DOCUMENT_TOKEN_TO_BE_REPLACED 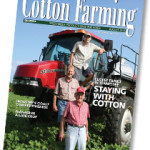 By Roger Isom Calif. Cotton Ginners Association While folks begin to tighten things up for the upcoming ginning season, pre-season training will begin, and as always, they will slap in the National Cotton Ginners Association’s Safety videos, including the one on lockout/tagout and say they have covered their “safety training requirements.” But is that really the case now? Is carefully ... END_OF_DOCUMENT_TOKEN_TO_BE_REPLACED