Irrigation is an important tool that likely has been used in agriculture for about as long as humans have been cultivating plants, but just how much water is enough? One project, funded by the South Carolina Legislature, is developing software that can help take the guessing out of irrigation system efficiency. It is a GPS-based center-pivot auditing software used to ... END_OF_DOCUMENT_TOKEN_TO_BE_REPLACED 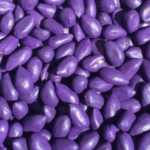 The North Carolina Department of Agriculture and Consumer Services conducted a cotton seed testing pilot program during the 2020 planting season. The sampling was conducted by seed and fertilizer field staff with testing conducted in the North Carolina Seed Lab. The length of time to complete testing of cotton seed samples varied due to workload and COVID-19 response. Even with ... END_OF_DOCUMENT_TOKEN_TO_BE_REPLACED 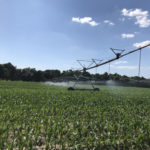 Growing season is in full swing and farmers must pay close attention to the water needs of several crops at this stage, says a Clemson University specialist. Michael Plumblee, Clemson Extension precision agriculture specialist who also is an Agronomic Crops Team and Water Resources Team member housed at the Edisto Research and Education Center, said that until recently, several places ... END_OF_DOCUMENT_TOKEN_TO_BE_REPLACED 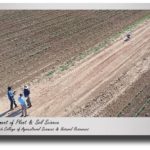 When a human or an animal gets sick or is stressed, their temperatures can go up. The same is true for plants. A researcher with Texas Tech’s College of Agricultural Sciences and Natural Resources is using drones to detect crop growth conditions in agricultural fields, with temperature variation being one of the ways scientists can see if there is a ... END_OF_DOCUMENT_TOKEN_TO_BE_REPLACED 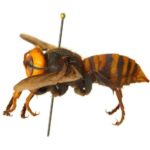 At the request of Gov. Greg Abbott, a specialized task force led by Texas A&M AgriLife experts is spearheading an initiative to protect Texas citizens, agriculture and honey bees if the “murder hornet,” or Asian giant hornet, arrives in the state. A giant invasive hornet was sighted several times in northwestern Washington state and Canada in late 2019, causing concern ... END_OF_DOCUMENT_TOKEN_TO_BE_REPLACED 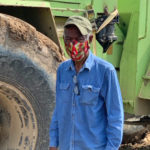 • By Carroll Smith, Editor • In the midst of the ongoing global pandemic, farmers get up every day and head to the fields to plant their crops. They don’t have the luxury of waiting for the crisis to pass. Farming, along with the companies that support the profession, is deemed an essential business that provides quality food and fiber ... END_OF_DOCUMENT_TOKEN_TO_BE_REPLACED 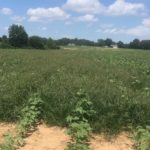 • By Larry Steckel • Clearly, after all the struggles in 2019 controlling grass weeds, many are looking to change their weed management program. The most frequent question recently has been on the best preemergent options to more account for barnyardgrass, jungle rice and goosegrass. In an attempt to do a better job on grass, most have decided to move ... END_OF_DOCUMENT_TOKEN_TO_BE_REPLACED