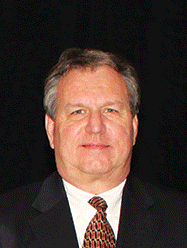 In his internal announcement to employees, Ben Hinnen, CEO of the parent company, Lummus Corp., says, “Over the past few months, as we developed the organizational strategy for the family of companies (Lummus, System Solutions of Kentucky and Carter Controls), it became obvious to me that Russell Sutton was the best person to lead our cotton ginning and affiliated business.

His industry knowledge and appreciation for what we’ve done, combined with his progressive view for our future, will position him to be a strong agent for change, as we seek to make Lummus the very best it can be.”

“I am both honored and humbled to be placed in this role, and I am looking forward to leading our team toward driving the future growth of Lummus,” Sutton says. “As our industry evolves and changes, we must maximize our talent and resources in order to achieve an even higher level of performance.”

Sutton will oversee the day-to-day operations of Lummus and its core business of cotton ginning, oilseed processing and manmade fiber machinery, along with parts and service for those industries.

With a degree in mechanized agriculture from Texas Tech University, Sutton is one of the most widely known and admired people throughout the cotton ginning industry.

He came to Lummus in November 2006 as part of the acquisition of the Consolidated product line. Since then, he has served Lummus as vice president of domestic sales.

His dedication to the industry is exemplified not only through his service to the companies for which he works, but also in his additional contributions to the industry through educational programs and schools, technical articles, and support of ginner organizations, foundations and boards.

As has been stated in the past, there are a couple of issues that remain with the Preventive Controls Rule for Animal Feed for cotton gins, based on ownership. FDA has acknowledged there is no difference in risk based on where the cotton is ginned; however, they refer back to the ownership of the cotton when determining applicability, which is of major concern.

Most gins would be exempt based on ownership, but some would fall under the Preventive Controls Rule for Animal Food. FDA has acknowledged the issue and committed to future rulemaking to address the definition of a farm to address ownership issues. However, it is has been several months since FDA made the announcement at the National Cotton Council Annual Meeting in Fort Worth.

Most recently, Dr. James Gorny, FDA, announced at WAPA’s 2018 Annual Meeting that he expected something out in spring 2019. In this recent meeting with FDA, it appears to be more likely to be in summer 2019 or later.

FDA is concerned with unintended consequences and wants to make sure it doesn’t cause other problems in trying to solve this particular one. The association is concerned with inconsistent applicability of the regulations to operations that are exactly the same except for ownership.

The association then spent a day in the Capitol meeting with several congressional offices to discuss the issue. These meetings included Reps. David Valadao and Devin Nunes.
Stay tuned!

This article was published in the August 2018 issue of “The Cotton Chronicle” — the California Cotton Ginners and Growers Association’s newsletter.