Recollections Of A ‘Hard Worker’ 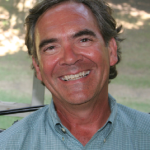 On her TV show a few weeks ago, MSNBC hostess Melissa Harris-Perry admonished her guest, Alfonso Aguilar, when he used the words “hard worker” to describe Rep. Paul Ryan. Her reason – and I paraphrase – is that it demeans folks who actually are hard workers, folks like those who work in cotton fields. I bring this up at the risk of unintentionally legitimizing her fallacious logic as good journalism because that would demean those who actually are good journalists. However, I do share in the embarrassment poor Paul Ryan must feel, knowing that his hard work is but insignificant from MH-P’s perspective.

I was similarly humbled, but in a much classier way, when I got an email from an octogenarian North Carolinian, Mr. John N. Lewis, who found a copy of Cotton Farming magazine in his doctor’s waiting room. However, Mr. Lewis was amused rather than demeaned when he read the My Turn column in which I exaggerated the travails of my first farm job, riding on a six-row planter during the early 1970s. To him, my version of hard work would have been but a few trifling discomforts.

What first caught his eye, though, was my Midnight, Miss., address. He chuckled to himself and wondered who, other than he, knows where Midnight is. It turns out that before WWII and before the surge in agricultural mechanization that followed, Mr. Lewis spent part of his childhood on a small school section farm just up the road from Midnight, in the community of Hard Cash, which appropriately enough is about three miles from Easy Money. He got excited over the memories and initiated what became a series of several friendly, fascinating emails:

Your planter does not sound so primitive to me. Ours was a one-row pulled by a mule that we got from the Barrett & Bridges Horse and Mule Barn in Belzoni. We had to train the mule to walk up on top of the row. Our first cultivation was with a double-shovel, which meant two trips down each middle, but we laid-by with a “buzzard wing,” which only required one trip per middle. Of course the rich folks like the Box family there at Midnight had two-wheel cultivators. One year the cotton was so tall and rank that I had to ride the mule slowly down each middle to break a trail for the pickers. I guess some of that was the result of Chilean Nitrate that only came in 200-pound sacks. Try handling that as a skinny school kid. Good pickers used a nine-foot sack, and pickers like me used a seven-footer. That was the only size cotton sacks I ever heard of except for the real little homemade sacks for the tiny younguns. If you could afford a deluxe sack, it had tar on the bottom to make it last longer.

When I got older, I would get up at 2:00 in the morning, hitch up a team of mules, go to someone’s house, load a bale of loose seed cotton (sometimes through the kitchen window), drive five or six miles of dirt road out to the gin, sit there in line most of the day and wait to get ginned off by an old 80-saw, two-stand plant. I would sell the seed to the ginner for cash, of which I kept my $2, then carry the rest back to the farmer so he could pay his pickers, who got 50 cents per hundred. Some families were large enough to do all the picking themselves. With $2 earnings, I thought I was doing big business.