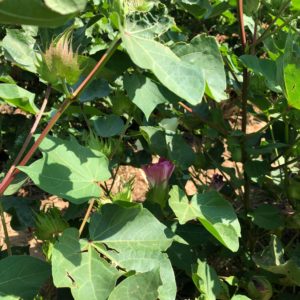 In its first official crop production estimates for the Texas High Plains this season, the U.S. Department of Agriculture’s National Agricultural Statistics Service pegged the 2019 upland cotton crop at 4.93 million bales harvested from 3.63 million acres. Planted acres are estimated at 4.44 million, reflecting a projected 18% abandonment rate, which is about average.

Of particular interest in this report is the significant decrease in planted acreage in the northern portion of the PCG service area. NASS projects growers in the Northern High Plains planted 1.28 million acres of cotton, down 241,000 acres from 2018. Of the 1.28 million acres planted, NASS expects only 800,000 will be harvested, although most of that is irrigated.

In 2018, the Southern High Plains experienced more than a 50% abandonment rate. However, in 2019, growers in that area are expected to be able to hang on to more acreage (2.83 million acres), although the yield potential will come into question if Mother Nature doesn’t cooperate, since much of the production in that area is dryland.

Statewide, the NASS report estimates Texas growers will produce 8.4 million bales of upland cotton from 6.1 million acres harvested. Statewide yield is estimated to be 661 pounds per acre, down slightly from 756 last year. In 2018, 6.85 million bales of cotton were produced in Texas on 4.35 million harvested acres.

NASS estimates that the United States will produce 21.7 million bales of upland cotton, up 24% from 2018.

“A crop of this size would have been attainable had we received a good general rain two weeks ago, but dryland acreage is suffering and the yield potential is uncertain,” said PCG Executive Vice President Steve Verett. “This report is a benchmark for the year, and NASS will continue to revise these numbers as the season progresses.”

Mary Jane Buerkle is director of communications and public affairs for the Lubbock, Texas-based Plains Cotton Growers. She may be reached at 806-792-4904.