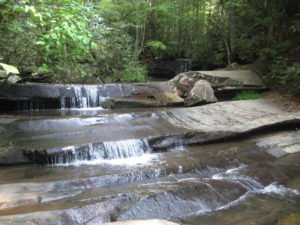 Water is a driving force behind virtually every facet of life in South Carolina — from agriculture, recreation and tourism to essential needs like food and drink. But water is among both the Palmetto State’s greatest assets and biggest challenges.

There has been a precipitous rise in extreme weather — droughts in 2015 that caused 35 counties to be declared primary natural disaster areas followed a month later by floods that caused more than $375 million in economic losses to the agribusiness industry. This threatens to diminish the state’s capacity to provide water to homes, power plants and recreation.

“Do we have the tools, do we have the information to make decisions, small and large, in the face of weather extremes we have recently witnessed?” says Calvin Sawyer, associate professor in Clemson’s Department of Agricultural Sciences and Clemson Extension water resources specialist. “In December, it was snowing here in South Carolina while on the other side of the country it was burning. What Clemson is trying to do is develop those tools and equip the citizens, policymakers and growers with information they can use to adapt to a changing climate.”

Clemson Public Service and Agriculture stands uniquely poised to secure and shape the future of this vital natural resource in the state.

Farmers On The Front Line

Among the voices calling for further understanding of South Carolina’s water resources are the state’s farmers.

For the farmers, who saw a dry heat wave in summer 2017 followed by a record cold spell in January, extreme weather like this further muddies the water picture.

John Long, owner of Overbridge Farm in Newberry, says water and its availability make all the difference for the state’s farmers between a successful year and an unsuccessful one.

“I get the feeling over the years that we’re getting less rainfall at the critical times when we need it,” he says. “And when we do get the rainfall, it’s really more than we need. I don’t know if that’s just my feeling or if there actually is some science to that, so anything that Clemson could do to help us understand that better would be very helpful on the farm.”

Having a sound science-based report that can support the decision-making process for agencies such as the South Carolina Department of Natural Resources and Department of Health and Environmental Control is key to helping balance water demand.

As the state’s primary land-grant institution — with a clear mission of teaching, research and outreach — Clemson has a plan in place to do just that.

As part of that plan, the university is proposing a new water resource research, management and technology program as well as a statewide Water Resources Center, which would establish a base for comprehensive water programs and create a Southeastern regional hub for conducting analytical water-related research.

The program’s goal would be to provide South Carolina greater “resiliency in the face of the unknown,” says Jeff Allen, director of Clemson’s South Carolina Water Resources Center.

With the potential for a state water crisis looming, and a lack of appropriate data to combat it, Clemson’s vision is to evolve into a more complete resource for state agencies charged with natural resources management, regulation and protection.

Making these advances while water is still plentiful will ensure that South Carolina’s most vital natural resource is sustainably managed to meet the needs of future generations — both for farmers and the residents of the state nourished by the food they grow.

To read this article in its entirety, go to http://newsstand.clemson.edu/category/feature/.