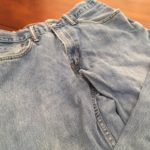 By Seshadri Ramkumar, Texas Tech University A collaborative endeavor has resulted in dyeing cotton with cotton. Archroma has pioneered the concept of using natural wastes and byproducts to synthesize dyes to color textiles. Bryan Dill, from Archroma US Inc., presented the “Earthcolors” technology at the recent international conference of the American Association of Textile Chemists and Colorists in Wilmington, NC. ... END_OF_DOCUMENT_TOKEN_TO_BE_REPLACED 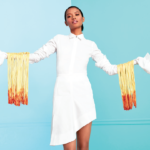 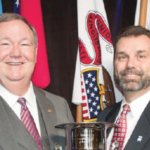 Dr. Mark Lange, who served as president and chief executive officer for the National Cotton Council from 2003 until his retirement in 2015, is the recipient of the 2016 Harry S. Baker Distinguished Service Award. He was honored during the National Cotton Council’s 2017 annual meeting held in Dallas, Texas, Feb. 10-12. The award, named for the late California industry ... END_OF_DOCUMENT_TOKEN_TO_BE_REPLACED

Getting to Know Cotton Board Chairman Janet Ydavoy 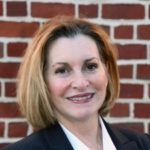 Texas Poised To Lead The Way 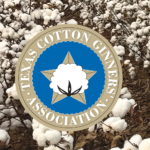 TCGA Annual Meeting & Trade show BY TONY WILLIAMS TCGA EXECUTIVE VICE PRESIDENT As cotton planters prepare to roll across Texas, a feeling of anticipation is in the air — and for good reason. Most areas experienced an exceptional crop in 2016, soil moisture is good, the market is looking up, and plans to build a large gin in the ... END_OF_DOCUMENT_TOKEN_TO_BE_REPLACED 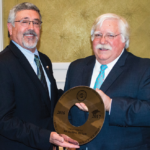 Lifetime Achievement Award Arizona Ginner Honored The late Charles C. Owen, an Arizona ginner whose career was marked by his strong desire to advance the U.S. cotton industry through quality preservation, research, employee education and outreach to U.S. cotton’s customers, is the recipient of the 2016 Oscar Johnston Lifetime Achievement Award. The award was presented at the National Cotton Council’s ... END_OF_DOCUMENT_TOKEN_TO_BE_REPLACED

Showtime In The South 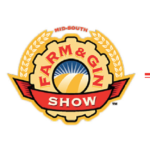 By Carroll Smith, Editor For more than six decades, a major stop along the way to a new cotton farming season is the Mid-South Farm & Gin Show. This year’s event will be held at the Cook Convention Center in Memphis, Tenn., March 3-4. Everyone also is invited to attend the Southern Cotton Ginners Association and Foundation Annual Meetings, which ... END_OF_DOCUMENT_TOKEN_TO_BE_REPLACED