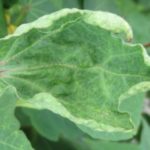 • By Anders Huseth • In late August 2019, cotton leafroll dwarf virus awas confirmed in a cotton sample submitted to Auburn University’s CLRDV working group. The sample was collected from a variety trial located at the Sandhills Research Station in Montgomery County, North Carolina. This is the first detection of this insect-transmitted plant virus in NC. Earlier in the ... END_OF_DOCUMENT_TOKEN_TO_BE_REPLACED

A Year Of Learning 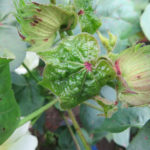 Multidisciplinary Teams From Several Cotton States Work To Learn More About Cotton Leaf Roll Dwarf Virus. • By Amanda Huber, Southeast Editor • Teams of cotton researchers throughout the Cotton Belt are working diligently to learn more about the new disease that has garnered everyone’s attention. Although it was possibly in growers’ fields a year or two prior, researchers identified ... END_OF_DOCUMENT_TOKEN_TO_BE_REPLACED 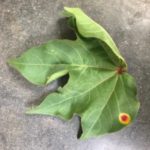 The Texas A&M AgriLife Extension Service has found southwestern cotton rust disease in fields in western and southern Gaines County and along the county line between Cochran and Hockley counties. AgriLife Extension specialists say the severity of the disease is still low, and fungicide application is not yet necessary – but producers should be aware of the symptoms. Southwestern cotton ... END_OF_DOCUMENT_TOKEN_TO_BE_REPLACED 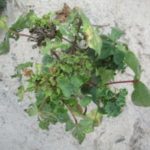 A new viral disease of cotton found in recent years in several southeastern U.S. states has now been confirmed in Texas. The disease, cotton blue disease, was observed recently in a cotton field in Central Texas where multiple off-type plants were noted by a research group headed by Dr. David Stelly, a cotton breeder in the Department of Soil and ... END_OF_DOCUMENT_TOKEN_TO_BE_REPLACED 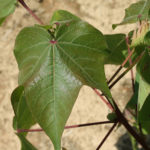 Scientists from the University of Georgia College of Agricultural and Environmental Scientists are investigating the epidemiology of cotton leaf roll dwarf virus (CLRDV) in Georgia using a $75,000 grant jointly funded by the Georgia Cotton Commission and Cotton Incorporated. CLRDV is known to cause cotton blue disease, which can reduce yields up to 80% in cotton fields infected in early ... END_OF_DOCUMENT_TOKEN_TO_BE_REPLACED 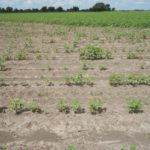 • By Thomas Isakeit • Early season stand loss of cotton could be the result of fungal pathogens or, in the case of some fields in the Upper Coast counties (e.g. Wharton and Fort Bend), high populations of reniform nematodes. Seedling death from fungi can vary from season to season and severe impacts are usually associated with cool, wet conditions ... END_OF_DOCUMENT_TOKEN_TO_BE_REPLACED 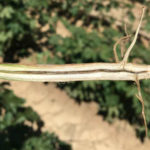 An increasing topic of conversation between researchers and producers at area meetings across the Cotton Belt is Fusarium wilt race 4 (FOV4) — a fungal disease that is difficult to control in cotton and can survive in soils indefinitely. With vital support from Cotton Incorporated, scientists in California have been investigating resistance to FOV4 since 2003 when the disease was ... END_OF_DOCUMENT_TOKEN_TO_BE_REPLACED